One OSTraining member was investigating ways to monetize their site and asked us about WordAds, the WordPress-based advertising program from Automattic.

They were curious about how WordAds works and how it compares to Google’s Adsense offering. It probably doesn’t help that the name is confusingly similar to Google’s AdWords program.

Here’s our introduction to WordAds and whether it’s worth testing on your site.

However, if you have enough traffic, you can get paid a share of the WordAds revenue. The program pays out based on impressions, not clicks, so traffic is the fundamental metric driving the program. How much traffic do you need to be allowed into the program? The WordAds site at https://wordads.co says “a site generally needs thousands of page views each month to earn meaningful revenue.”

Here’s the intro video from Automattic:

What ads run on WordAds?

It seems to be mostly video ads. The main examples given at Wordads.co/faq/ are video ads; and browsing around WordPress.com blogs, I only saw videos. One example is shown below, a video from AMC promoting the new season of “Better Call Saul”. Most of the videos seem to run on VideoPress, which is Automattic’s own video hosting platform. 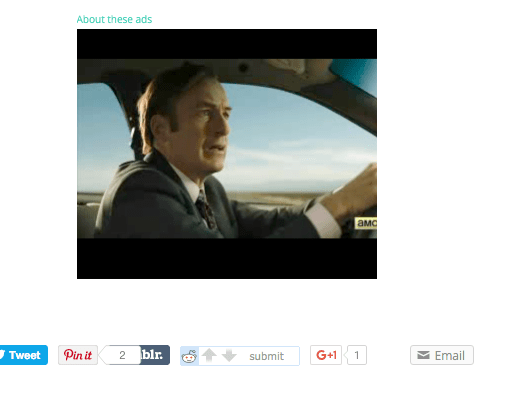 According to the WordAds FAQ, there may also be some banner ads, but only for themes that explicitly designed to support them:

Late in 2015, Automattic released AdControl, a plugin which lets you use WordAds on your own site. However, it is subject to the same approval restrictions based on traffic. 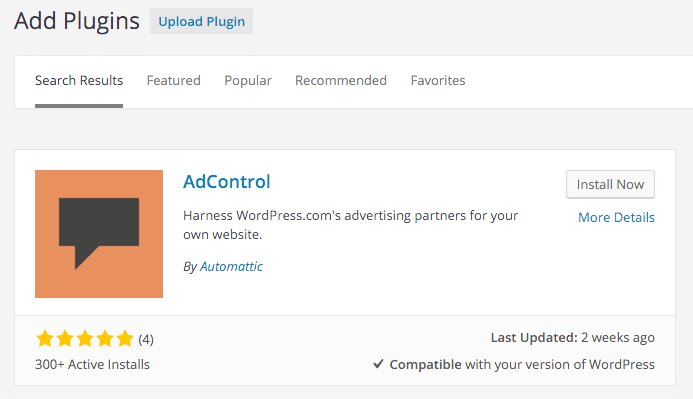 AdControl does require you to also have JetPack installed:

After installation, you will also need to apply for acceptance in the WordsAds program. 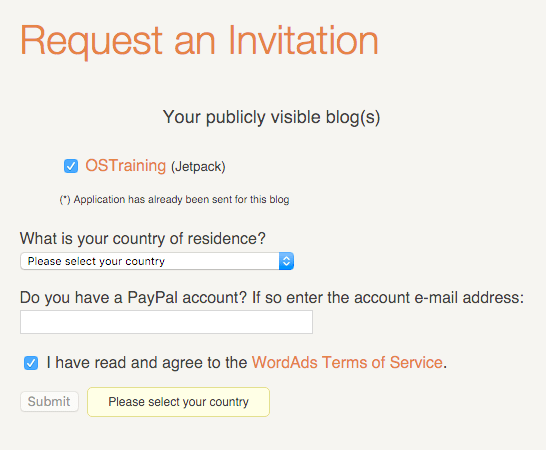 I applied for my test site and got this letter telling me to wait to hear from them. My guess is that they use the Statistic feature in JetPack to judge whether your site meets the minimum traffic requirements. 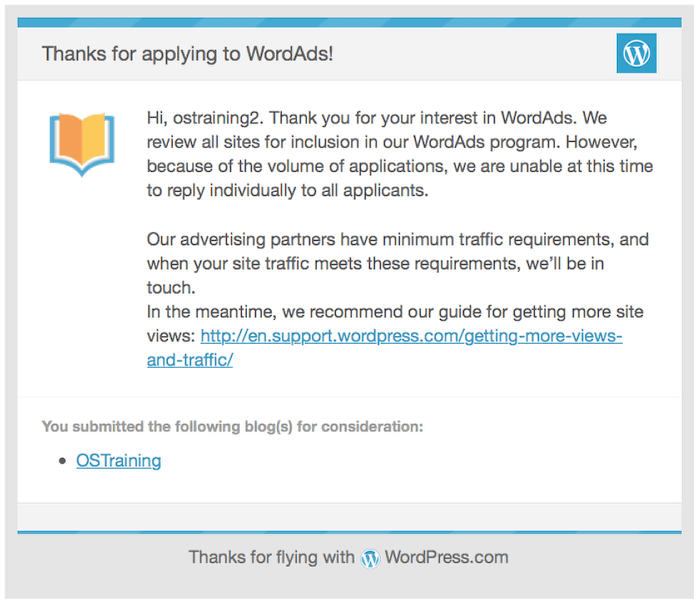 Given the limited scope of WordAds, it’s not really ready to be an Adsense rival. It probably works best for high-traffic WordPress sites with a very heavy percentage of visitors from North America.

Here’s some feedback from people have used WordAds:

Have you used WordAds? Would you recommend it as a good option for WordPress users?

I work on WordAds at Automattic and wanted to clarify what is WordAds. WordAds manages and optimizes ads from Google Adex, Google Adsense, Facebook Ads, Yahoo ads, AOL ads and Amazon A9 ads. There are 60+ buyers bidding. So while I understand the premise of comparing WordAds vs. Adsense we don’t see them as competitors as Adsense is one of our buying partners.

So if a site is running Google adsense and Google adx does it have the number of per page ad limit ?

can please mind informing me if there may be problem if I use both WordAds and Google Adsense at the same time or together.

Thanks for the clarification. Is there a link where people can find out more?

Much appreciate, thanks Jonathon. I had been really curious about WordAds.

Automattic used to be Google Adsense Rival. But since February 2016, Google Adsense and its subsidiary Criteo also displaying their ads in Wordads. I knew it from the ads and the drop of my Revenue, e.g. [url=http://KabarIslamia.com]KabarIslamia.com[/url] from US$ 100/month into less than US$ 1/month.

Here is the revenue since Google came to Wordads:
PERIODEARNINGSAD IMPRESSIONSSTATUS

Thanks for the details, Agus, that’s quite a drop

Hello I really wanting to add wordads to my site, but I have low traffic can you recommend something?