When developing Drupal or WordPress sites locally on their machines, Linux users work traditionally with a LAMP stack.

LAMP is useful, but, there are now more modern tools to help you improve your development workflow. One of these new tools is DDEV.

Local Web Development With DDEV Explained is a book from OSTraining which shows you how to do local development in a way that matches modern development workflows.

The book focuses on using DDev on Mac and Windows machines. Building on the book, this guide shows you how to install DDEV on your Linux (Debian/Ubuntu-based) machine.

A LAMP stack is an internet infrastructure system composed of the following tools:

DDEV, however, is a Docker-based local development environment. In other words, you have multiple software (Docker) containers, which can have different (virtualized) operating systems, database management systems or even a different version of the same programming language for each application. This spares development and deploying time.

Let’s take a look at how to install it.

The recommended way of installation of DDEV is with Homebrew. Homebrew is a package manager that simplifies the whole process. It is also known as Linuxbrew. 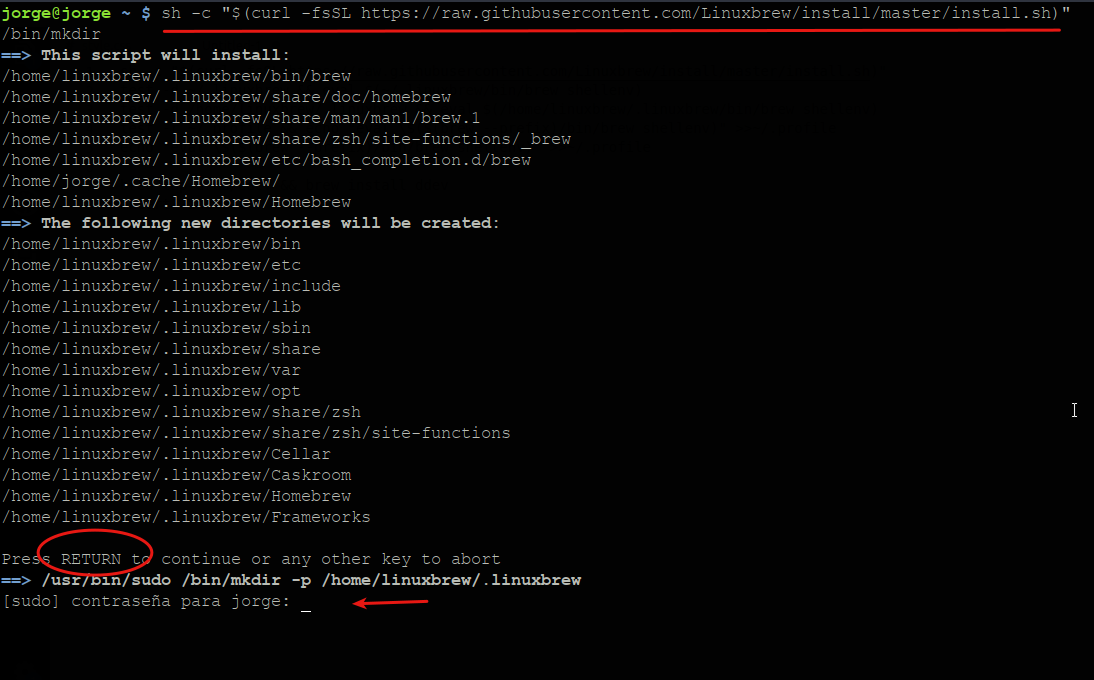 The system will finish with the installation of Homebrew. It will also prompt you about adding the script to your $PATH, in other words making it executable by typing the command brew in your terminal. 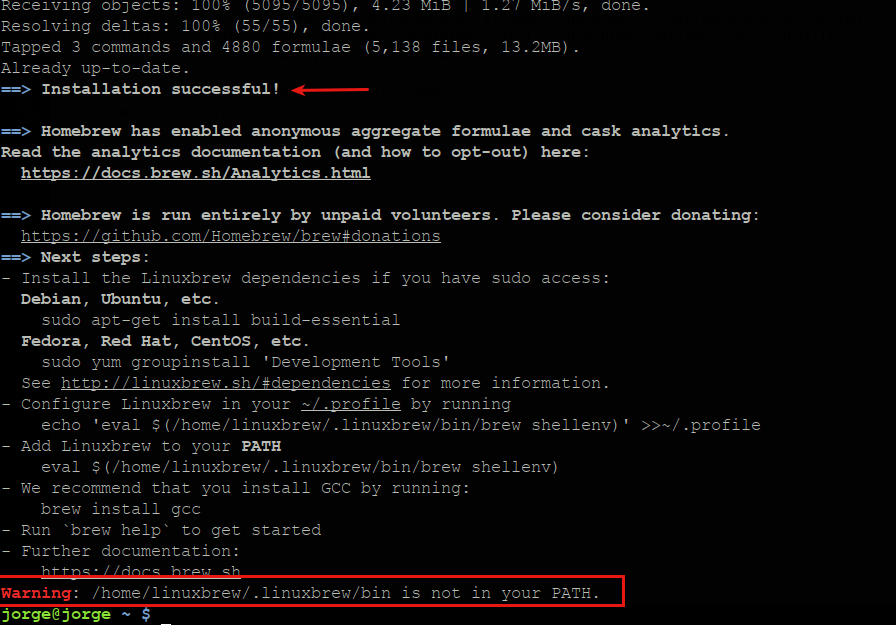 If your system is based on RedHat, CentOS, or Fedora, replace .profile with .bash_profile.

Once Homebrew is in the $PATH, you can use it by typing the command brew.

This will install DDEV and other required dependencies. 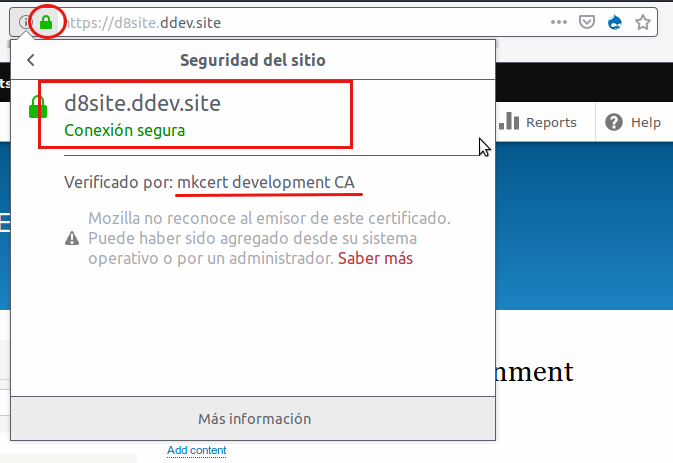 Check the system logs and resolve all missing dependencies if the installation was not successful and try again.

Remove any old Docker installation on your system if available. 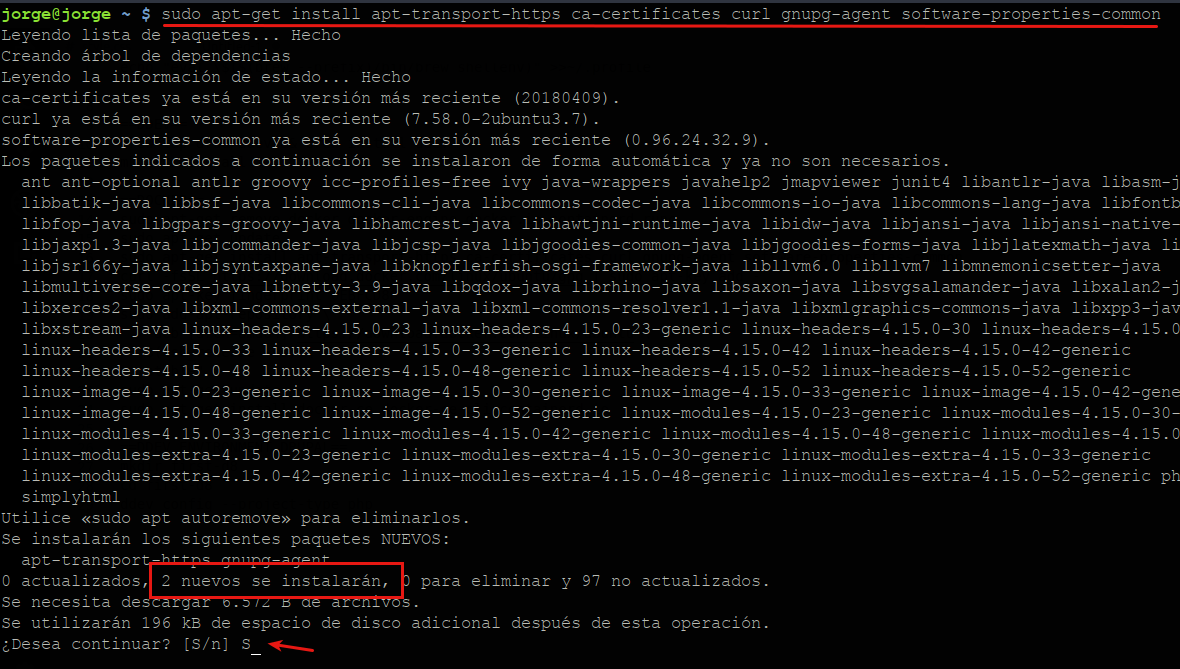 The system will install all the needed packages. You can now add the Docker repository key to your system. 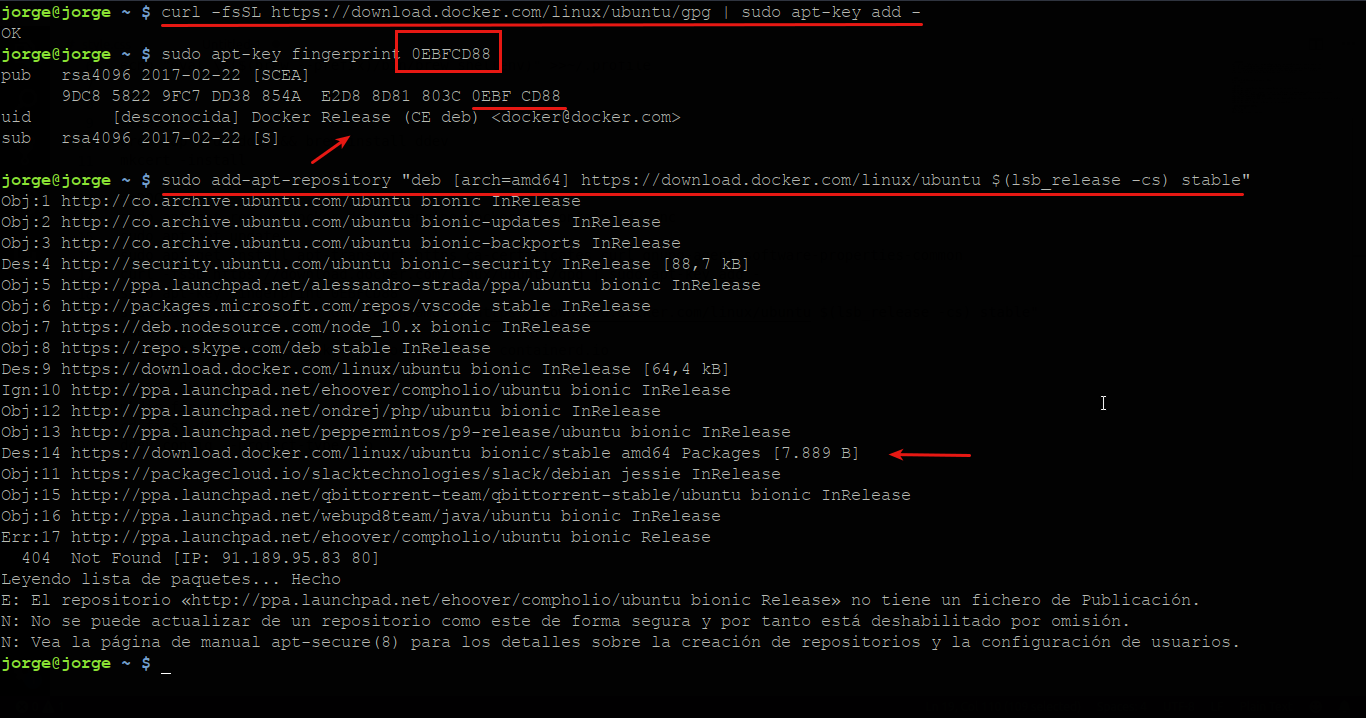 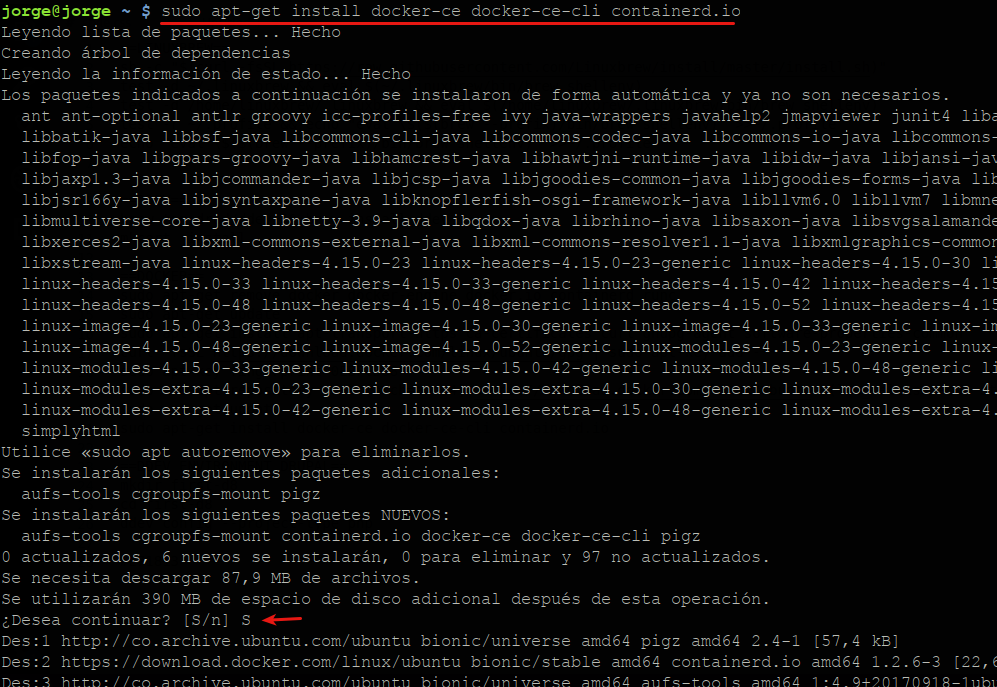 Compose is a Docker tool which lets you define and execute multiple applications within the software containers.

Now it is time to check if Docker is working properly. 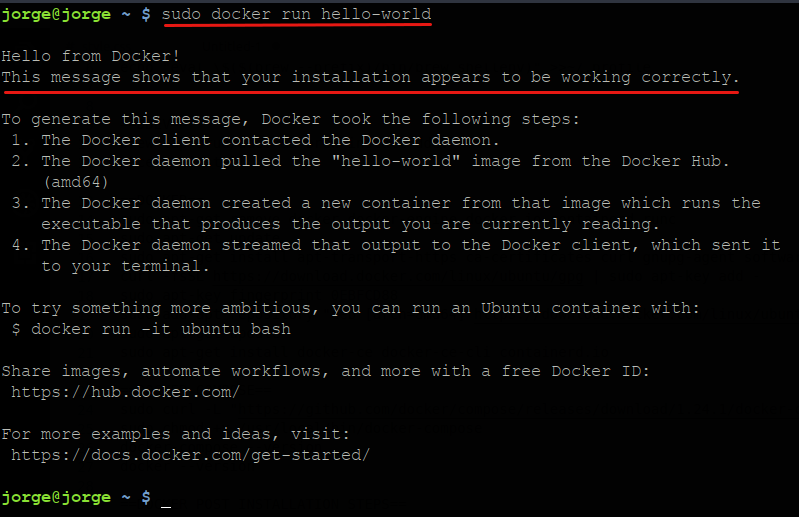 As you can notice, you can run Docker only with root privileges. To manage Docker as a non-root user, it is necessary to create a docker group and add users to it. 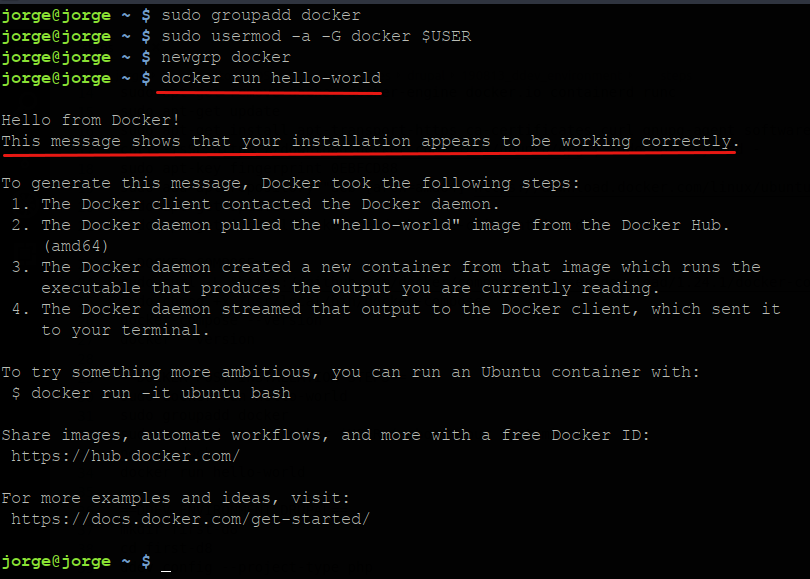 If you do not get the expected result, reboot your system and type the last two terminal commands once again.

DDEV runs by default on port 80 and so does Apache. To avoid this conflict you have to stop Apache.

Download and uncompress the latest Drupal core release (current version 8.7.6). There is no need to place it in the /var/www/html directory.

*Alternatively you can type: 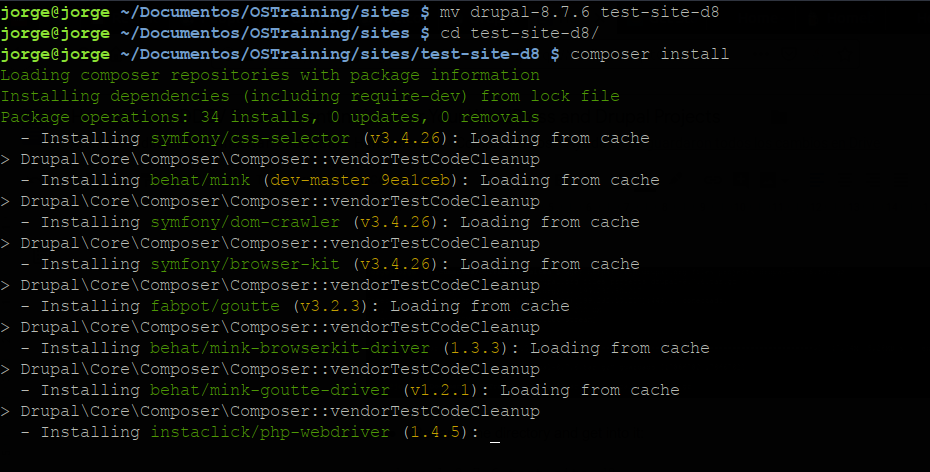 This command creates the DDEV project config directory in the root of your Drupal installation (it will take a little bit longer the first time).

You should see the installation screen. 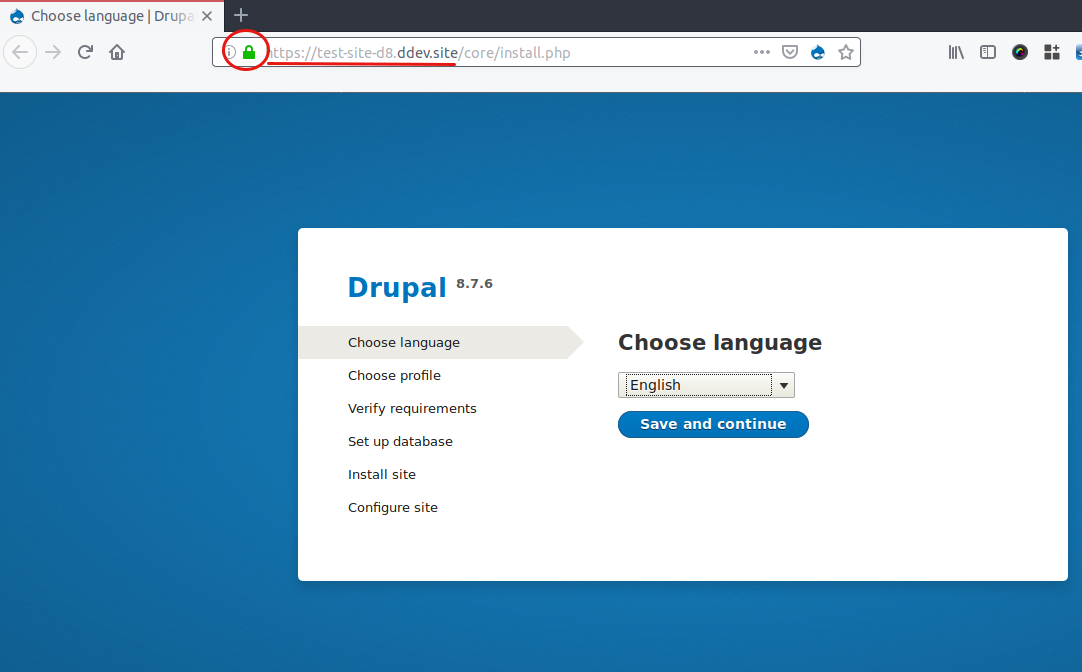 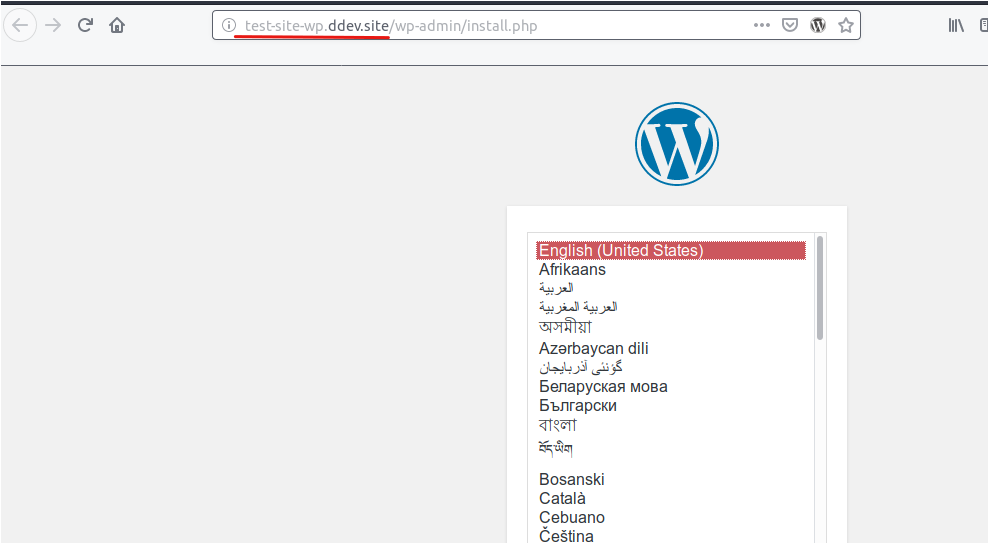 If you want to dig deeper into DDEV, join OSTraining and get access to the DDex Explained book.

The DDEV official documentation can be found here.