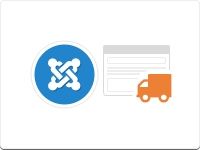 As a web developer, you might develop a site locally on your own computer or on a test server but at some point, you need to move it to where it will be accessible by the public. Sometimes you just need to move a site from one server to another.

There are several methods of doing this, but probably the most fool-proof is the solution provided by Akeeba Backup. Akeeba’s tools take care of the backup and restore process for you!

In this class called “Moving a Joomla Website“, Rod shows you how to use both the free version and the pro versions of Akeeba Backup and the restore program, Kickstart, to get your sites moved in record time.

If you’re not familiar with Akeeba Backup, you can take a learn about it in our newly updated Akeeba Backup Class.