18 months ago, the OSTraining YouTube channel was a sleepy place.

Then we ran a little Kickstarter project and accidentally ended up with over 1 million views. We thought the videos would help some people learn Drupal 8. We had no idea the videos would go viral. That surprise success led to partnerships with GoDaddy, InMotion Hosting and other companies.

Here’s a chart showing views for videos on our YouTube channel. You can see a very sharp increase in late 2015, when the Drupal 8 Beginner class arrived.

So what works well on YouTube? We’ve done it several times now, but we’re still not entirely sure. YouTube is a whole different animal, compared to more traditional training we’re used to.

Here’s a video from the WordPress Beginner class, which shows the traditional, screencasting style that we’ve normally used:

But, take a look at the true stars of YouTube, such as Buzzfeed. Those channels focus on faces and a sense of humor. 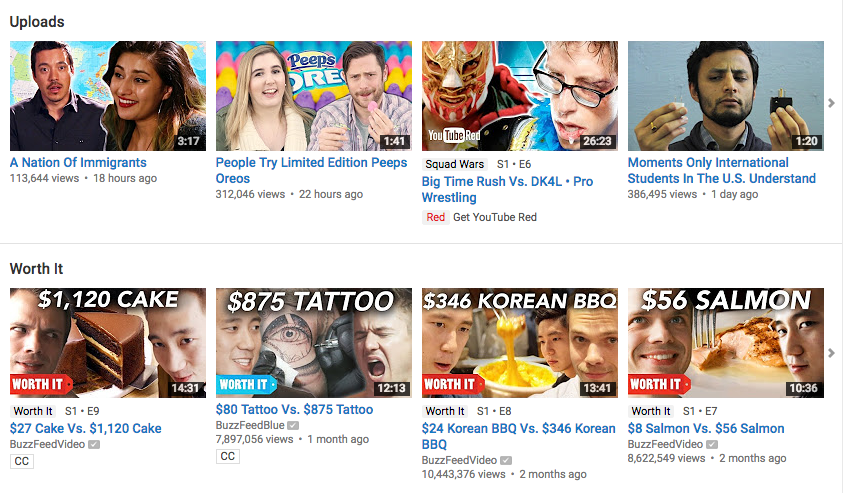 Even many of the popular tech channels take a similar approach. Here’s a video from LevelUpTuts, featuring two dogs, a cute couple and no computers in sight:

This next example is from a channel called Dev Tips, where the presenter shows his face at least as much as he shares his screen:

So this year, we’re trying some different approaches too. How do you create educational material that is quick and helpful, plus also funny and human-focused?

We’ve started working with Rebecca Troth from the Magento Community. You can get a feel for her work on her YouTube channel.

Can we create a useful mix of Rebecca’s skills and screencasting? Find out for yourself, because the first two videos are on YouTube. This video shows how to create a product in Magento 2:

This second video explains how indexing works in Magento 2.

There’s even a reel of blooper outtakes from the creation of those videos:

Is this new style of YouTube training useful for you?

Do you watch a YouTube channel that you love to learn from?

Let us know in the comments …