As per DrupalCon tradition, Dries gave the opening keynote address at DrupalCon Portland.

There were no major announcements in this keynote, although Dries did announce that the first alpha version of Drupal 8 will be released in Portland.

Instead, Dries laid out a vision for where the web is headed and how Drupal 8 can get there.

There’s a video of the keynote below. For those without an hour to watch the whole presentation, I saw three major themes in the keynote and added some brief comments on those themes.

This video contains the whole of the keynote session. Dries starts talking around the 33 minute mark.

Dries started with the phrase, “Do Well, Do Good” and that was a major theme throughout.

Early in the keynote he gave some examples of Drupal being used to improve government.

Later he criticized Adobe, Sitecore and other proprietary systems for creating tools that people badly need, but keeping them behind walled gardens. Saying the average Adobe deal was over $2 million, he commented that such deals bad for the web. Drupal should be making powerful tools available to the masses.

Dries’s vision, as outlined in this keynote, is that the focus on CMS systems will be replaced by a focus on WEM (Web Engagement Management). He apologized for using “WEM”, saying it was just many of the jargon-y terms used to describe this trend, but that it was best of a bad bunch.

He described WEM as being a set of tools to make the web more useful and personalized for users.

In order to provide really relevant and personal content, companies need a whole suite of tools, rather than simply a CMS system. They need CRM, email, analytics and more. 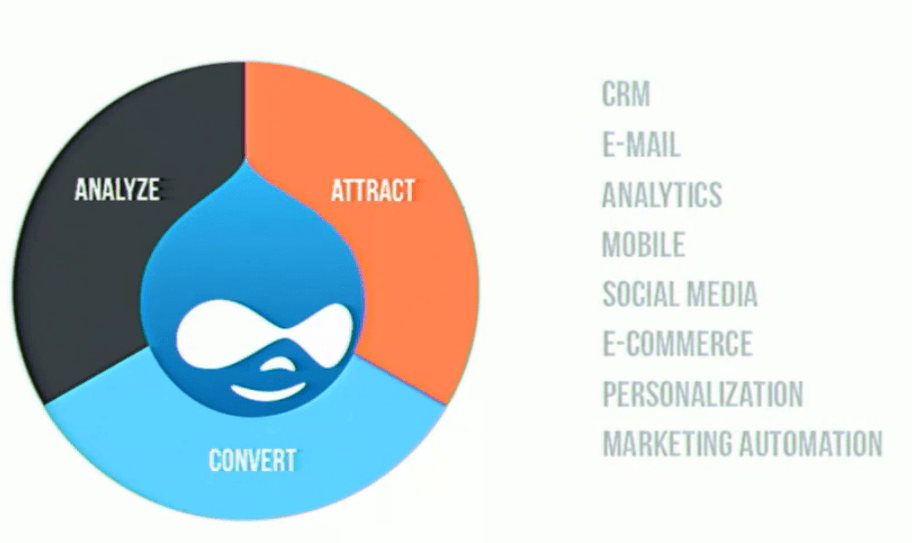 Dries openly declared the victory of open source in the CMS world, saying the proprietary systems had been destroyed.

The next challenge would be do the same thing in the WEM world. That, said Dries, was the challenge that Drupal needed to meet next. 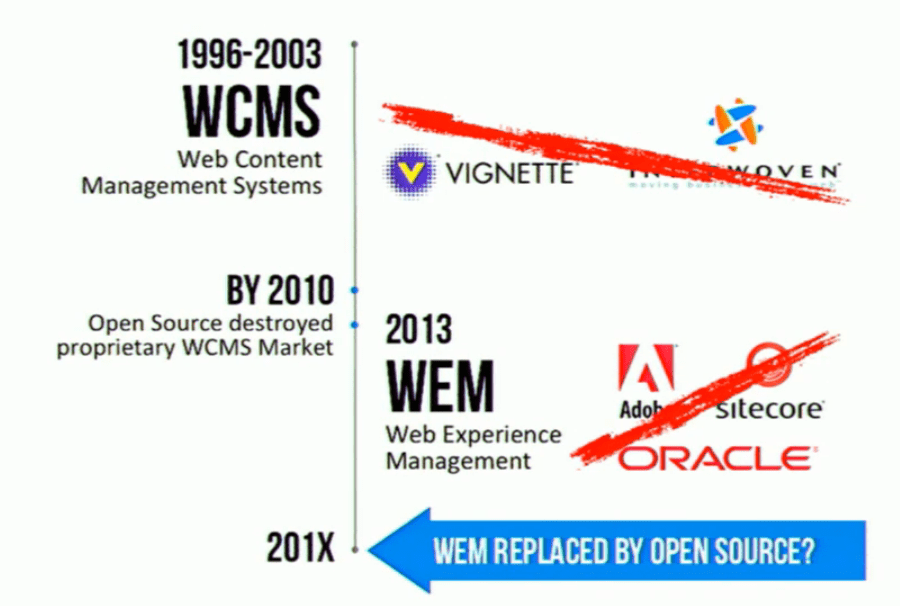 The final part of the keynote concentrated on Drupal 8.

In terms of the time line for Drupal 8’s release, the first alpha version of will come out this week. Code freeze is just over a month away on July 1st.

There’s an 6 minute overview of the key Drupal 8 features around the 1 hour mark in the video. 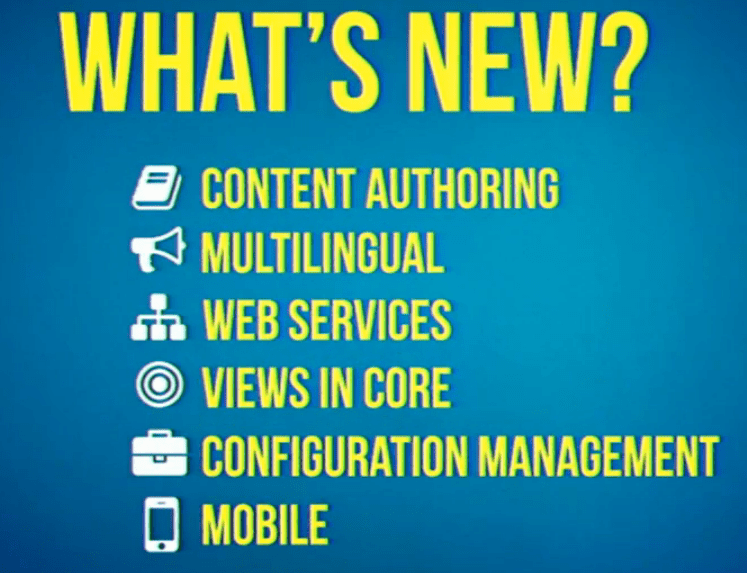