For many years, WooThemes was the biggest brand name in WordPress.

Last month, they killed that brand and redirected everything to WooCommerce.com. Was there shock in the WordPress world? Absolutely not. The general reaction was, “What took them so long?”

So, how did we get to the point where the end of such a famous brand was inevitable?

The WooCommerce story seems like a miniature version of a larger story:

Many CMS businesses started with themes, but they’ve been rapidly fading in importance.

Take a look at the WooCommerce post explaining their brand change. The theme business is covered in a few short FAQs at the end. Yes, they will do something with our themes, eventually, but they didn’t want to hold WooCommerce back. A year ago, themes accounted for only 15% of their overall business.

iThemes not only relegate themes in importance on their site, their slogan is “your one-stop shop for WordPress plugins”.

The makers of the Genesis Framework have seen that business far surpassed by Rainmaker, their hosted alternative to WordPress.

Why did themes fade away?

In many ways, we’re still in the era of plugins. Most of the biggest WordPress brands are currently plugins: WooCommerce, Gravity Forms, Yoast SEO and many more.

WooCommerce launched in 2011, the same year as Yoast SEO, and both have grown rapidly ever since. Most major plugins arrived slightly before or after 2011.

Businesses can build a real, unique ecosystem around their plugins. And it’s easier to create long-term customers because many plugins focus on e-commerce, SEO or other important mission-critical features.

This year, we’re starting to see growth in the number and quality of SaaS integrations with CMS platforms.

OptinMonster moved from being a WordPress plugin to a SaaS service and has seen enormous growth. iThemes has several plugins that rely on SaaS.

The first big purchase that Magento made after becoming an independent company again? RJMetrics, a hosted analytics company. Their first big launch? A cloud platform.

In Drupal, Acquia has always been a hosting company, and is now heavily focused on developing powerful SaaS integrations for Drupal, such as Acquia Content Hub and Acquia Lift. All the important data from Lift is hosted by Acquia, but the connector module is on Drupal.org and Lift features are available inside Drupal, as in the image below: 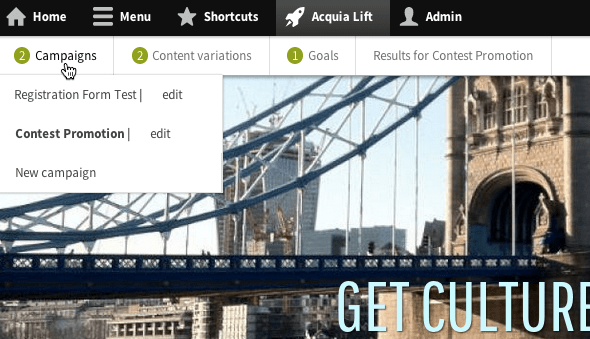 Automattic s really pushing ahead here. JetPack now has a team of about 10 developers and gets constant attention. Compare that to some other Automattic plugins such as Job Manager and EditFlow, which have been almost abandoned.

And, take a look at what’s new with WooCommerce since the Automattic acquisition. WooCommerce Connect is the biggest change and “is a big part of our vision for the future of WooCommerce”. WooCommerce Connect already provides USPS shipping configuration and you can expect to see many more shipping options soon. Just this week, they announced that WooCommerce connects and automatically syncs with Square for PoS purchases.

Can open source and SaaS live together happily?

Does the growth of SaaS have to mean the decline of open source?

Possibly, although it doesn’t have to be a zero-sum game. Yes, SaaS services will inevitably take some market share, but they can also empower open source products.

Again, the Automattic example is relevant. Take a look at the new features in JetPack and WooCommerce. They aim to leave users with the flexibility of a WordPress plugin, while off-loading many of the most difficult e-commerce tasks to SaaS. Now, that is a bright promise for this new era.

If you’re an open source user, it’s worth looking at SaaS services that can make your workflow easier, while leaving you the flexibility of open source.

If you run an open source business, now’s the time to think about adding some SaaS services to your offerings.

I am not a WordPress person, but this does make sense from a B2B aspect. However for those of us that develop and help small voluntary clubs Templates, Themes, etc were expensive enough. Going to SaaS for those I would think will be outside of their financial abilities. Looking outside of web development and into IT and Networking generally SaaS could work out cheaper initially but within a year or two would work out more expensive. This is great for the company but no good for the clubs and other small organisations. (One of the great movers of pirating was the initial cost, that I don’t agree with, though I am a strong believer in Open Source and similar.) However if hosting companies could supply at the same or reasonable cost then this could be a winner.

Yep, definitely. There’s no doubt that part of the move to SaaS is the ability to get more money from each customer. There will still be cheap themes and affordable hosting available, although my guess is that the new innovations (and profits) will be at the intersection of open source and SaaS.

Just downloaded the INK for ALL editor. I just had a phenomenal experience with their customer service