Our post last month entitled, about Magento being up for sale, was one of the most popular we’ve ever published.

Despite the uncertainly around it’s future with eBay, Magento is a hugely popular e-commerce platform and people are still interested and invested in its future.

Several people in the Magento community sent us emails with opinions about the post, and one of them was Jisse Reitsma, a very active Magento developer in the Netherlands.

I’ve known Jisse for years, so I asked him for his thoughts on Magento’s future …

Hi, Jisse. Can you introduce yourself? 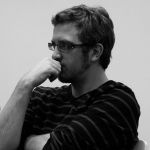 Sure. My name is Jisse Reitsma. A typical Dutch name and not so easy to pronounce maybe. I am the founder of Yireo, an internet company developing extensions for both Joomla and Magento. We are all about opening up technology, by sharing our knowledge through extensions, trainings and tutorials. One of the more familiar extensions we provide is MageBridge, which allows you to bridge Joomla and Magento. I am also author of the book Programming Joomla Plugins, which was released at the end of 2014.

What has your role been within the Magento community?

Yireo is a regular sponsor and contributor to Magento events. For instance, we have sponsored the official MeetMagento Netherlands and we organize local Magento User Groups on a regular basis. We have also developed some great free extensions for the community. We were one of the first companies to embrace Magento back in 2008 and have been Magento enthusiasts ever since.

What is your initial reaction to eBay’s plan to sell Magento?

I heard a little voice in my head saying “O no, here we go again”. Even though it is a great product, Magento also had some challenges in the past few years. For instance, Magento 2 was announced in 2010 and only recently (early 2015) a Developer Beta was released. So that took a fair amount of time.

There were other challenges too: eBay took over Magento in early 2011. Pretty soon after, Yoav Kutner – back then CTO of Magento – left the company. Presumably because of how eBay viewed open source. This led many to believe that Magento was going to die (or more accurately, eBay was going to kill it). However, Magento is still flourishing and many large companies are working with it as we speak. Back then, eBay came up with an awesome new technology called X-Commerce. It would be able to connect vendors, APIs and Magento shops through a so-called Fabric, allowing Magento to become part of a new-age e-commerce trend. Many of us got really excited about this. The set-back was that this X-Commerce platform never made it to the real world. And many of us got quite disappointed instead.

After the X-Commerce adventure, focus was shifted towards Magento 2 again. Magento 2 development has picked up slowly. As I mentioned, there is a Magento Developer Beta right now, which already looks great and contains exciting new PHP technologies. Even better, GitHub is taking on a more prominent role with Magento 2 as well. It shows that Magento 2 is targeting to become a real open source project, with an actual community of developers. That being said, Magento 2 is not ready yet. It is also not a project of the community yet, it is still owned and engineered by Magento Inc. This makes it fragile. And fragile means that you have to be careful with what you communicate about it.

As I understood it, nothing is certain yet about eBay’s plans for Magento. So far, eBay stated that it is going to explore the options of selling its Ebay Enterprise unit. Currently, Magento Enterprise and Magento development are more or less part of this same unit. However, it might well be that if this Ebay Enterprise unit is sold, Magento will not be part of that sale. In the mean time, word got out that Magento is not earning eBay that much money anymore, and this of course gives rise to much uncertainty. It is simply uncertain which direction eBay will choose.

What reaction have you seen from fellow members of the Magento community?

The general reaction is “Keep Calm And Don’t Panic”. Magento 2 is underway and with its Developer Beta, a major step has been taken. The source code of all this is on GitHub and it is completely open source. There is not a big chance that Magento 2 development will suddenly come to a complete halt. The interesting thing about the challenges I mentioned earlier is that Magento is still here. Despite of these set-backs, Magento has grown and grown. So this makes most Magento developers confident that Magento will still be a popular cart solution, even if eBay screws up its role completely. So the general consensus is that Magento is too large and too important to suddenly die. Magento is a great product with plenty of opportunities for the future.

Do you think a community fork of Magento is either possible or a good idea?

That’s a difficult question. As I mentioned earlier, Magento 2 is not really an open source project yet, even though it is slowly getting there. Most commits are still coming from developers, who are on the payroll of Magento (so eBay). At this moment, there’s a lot of uncertainty about the financial backings of Magento, but not so much uncertainty on the technical path that Magento 2 currently takes. For now, community developers and Magento core developers simply seem to agree on the architectural progress of Magento 2, so a fork is not something that comes to mind.

Does this Magento news change your company plans in any way?

Yes, definitely. When Magento goes into a certain direction and your company has grown dependent on Magento, then moving into that same direction is important. For instance, Magento 2 gains more and more momentum, so Yireo will focus on Magento 2 more and more as well. Likewise, if Magento is forked (God forbid), choosing between Magento and that fork will be crucial as well. However, this is not a a reality. We are currently not facing any dramatic changes. We are simply facing an upcoming Magento 2 and some uncertainty about what eBay is up to. I would say that the suits can figure out how to divide their shares, as long as us techies can make our Git commits.

Jisse this is a great piece. I agree with the high level conclusion of “Keep Calm and Carry On”. Magento continues to grow, and we all have great hope and better confidence of a powerful and successful Magento 2.0 release than we have had since it was first mentioned.
Here’s my opinion /nuances to a few other things you wrote:
– Yoav (What a STUD!) my interpretation is that he left NOT because eBay ever questioned the power or direction of Open Source (in fact i never recall eBay questioning Open Source, but learning about how amazing it is), but rather the tipping point for Yoav was the major differences and conflicts on technology direction w the new X.commerce group that impede Yoav’s ability to build the best Magento product he and his team knew that they could.
– X.commerce overall an interesting white board vision but for many reasons doomed from the get go and truly was the single biggest contributor to delays in Magento’s technology development and business growth. It should not have been part of Magento until at least they had a real product or real business. That said i do tip my hat to John Donahoe (eBay CEO) for finally seeing this issue and pulling Magento out of that mess. My stomach still knots up when i see an “X” 😉
– Fork? Well, that has been tried and will be tried. A fork would only have any chance at success if it was significantly better than Magento at any given time, and would also have to be better then other options on the market. BUT at this moment, though there was a slow down, its my sense that Magento. 2.0 is near and powerful, and Magento Inc is galloping again.
– If sold? Well lets hope they are the right owners that understand the TRUE deep value of @Magento is The global commerce ecosystem of developers, agencies, merchants, and the way to continued Magento success is by focusing overall on “enabling the commerce ecosystems success”
Bob Schwartz

(disclosure: i was the past President of Magento. i have no current stake in Magento or eBay. I believe there is no confidential information or non public information about and that it represents my opinion. I still Bleed Orange! )

My theory is that was such a valuable domain name that eBay had to do something with it! 🙂 I think they should sell it back to Elon Musk, who would make a good use of it, e.g. SpaceX

Interesting idea. It’s still the only single-character domain name? (I may be wrong on that)

Thanks for posting such a detailed and informative reply, Bob. It’s great your passion, even long after you left.
As an outside, it looks like things are moving quickly right now at eBay, from the PayPal spin-off, to layoff, to the Enterprise sale. Might not be too long before we hear what eBay is planning to do with Magento.

Hi Bob, thanks for your followup. Also thanks for correcting me a bit on the issues of Yoav “Stud” Kutner and X.commerce. Personally, I feel I have more of a developers view on things, instead of being a real insider. For instance, the X.commerce vision made me look into the Fabric code more than I was looking at the overall picture 😉 Anyway, your comments give great value to this interview between Steve and I – many thanks for taking that time!

Take a look at the latest Forrester Wave: B2C Commerce Suites to get an idea of the role Magento now plays in the division it belongs to.

A great piece that sheds much needed light