I’m currently in Prague, Czech Republic attending the largest European Drupalcon ever, with over 1,700 attendees.

Drupalcon Prague 2013 is being held in the gorgeous Prague Convention Center.

It’s the first keynote and Dries welcomed us with a brief thought about how Drupal is changing the world through open source.

Video of the keynote

Dries starts talking at around 20 minutes:

We are changing the world 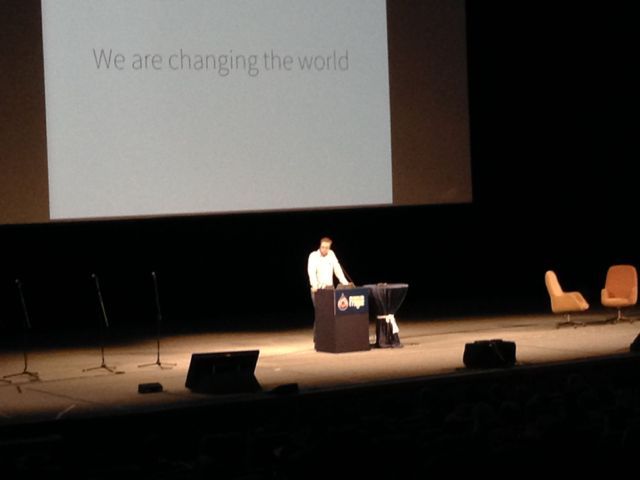 Dries started with an overview of the 6 main initiatives for Drupal 8:

(View the initiatives at Drupal.org)

What’s in it for you?

Drupal 8 will be a great shift for everyone. “We’ve really up’d our game – these features are on the money to keep Drupal competitive.”

BUT – there’s a lot of work left to be done.

What’s left to do

Finally – in repeating his tweet from a few weeks ago – “We’ll release Drupal 8 when its ready”. “We’ll take the time to get it right.”

Dries highlighted the work of about 10 of the major contributors to Drupal 8.

multilingual and mobile: Joomla already has those done and dusted 🙂

That is one of the major downsides to a 3+ year release cycle.
Responsive design wasn’t even a thing when Drupal 7 came out.