Our training classes are already up-to-date for Drupal 8.3, but what’s new in this latest version?

Let’s dive in and see some of the changes and improvements in Drupal 8.3.

From my experience talking with large companies adopting Drupal 8, this is the feature they are most interested in. These companies often have large numbers of content creators, and need an approval and editorial process. In fact, much of this project is driven by a single enterprise user: 6 key members of the Workflow team are Pfizer employees.

Workflows is a new experimental module that builds on the Content Moderation module which arrived in Drupal 8.2. Workflows has become the key module for all of Drupal 8’s content approval processes.

The UI has changed with Drupal 8.3. You can now see a whole workflow on a single screen. In the image below, you can see Workflows enables you to create custom publishing states and control the transitions between them. 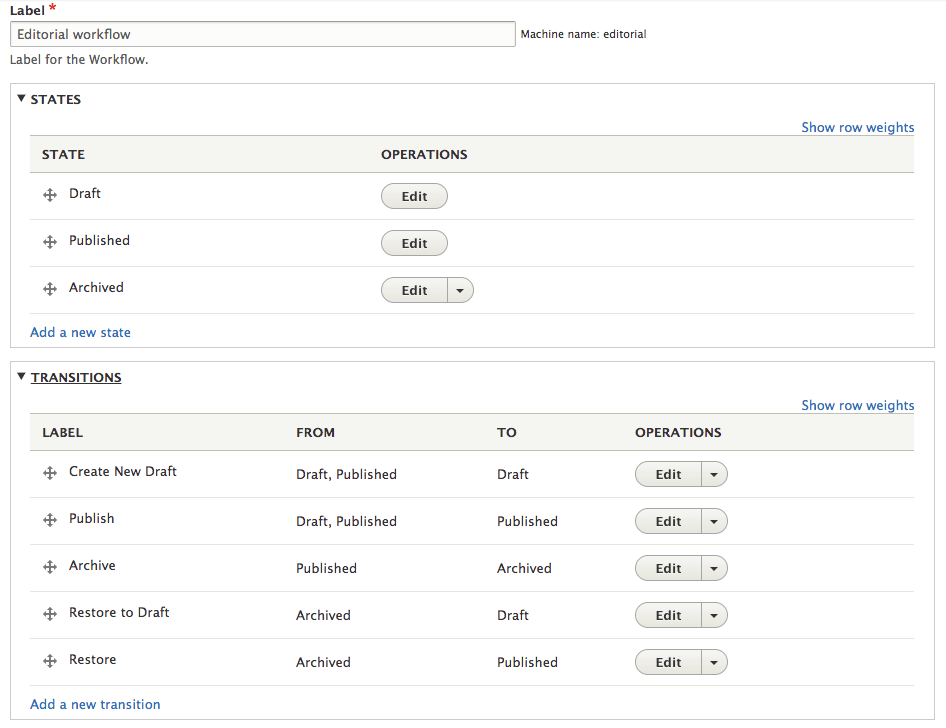 This does mean that the Workflows configuration screens are surprisingly simple. You can control who has access to each stage of the workflows by going to People > Permissions > Content Moderation.

The Field Layout module is new in Drupal 8 and so is the Layout Discover module. Both of these are also experimental modules. This code is adapted from the Layout Plugin module.

These modules currently provide two rudimentary layouts, but additional layouts can be added by others modules. Here’s the plan for the layout options in future versions of Drupal. Modules such as Display Suite, CTools, Panels, and Panelizer all now have branches compatible with these new layout options. 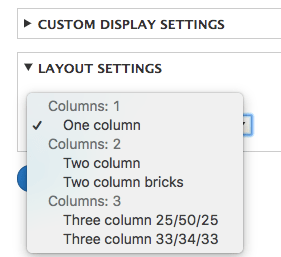 This is the first module to graduate from Drupal 8’s experimental module program.

Instead of waiting for the entire page to be generated, BigPipe immediately sends a page skeleton to the the client so it can start rendering that. Then the remaining content elements are requested and injected into their correct place. From the user’s perspective the page is rendered progressively. The initial page content becomes visible much earlier, which improves the perceived speed of the site.

Here’s a visual comparison between BigPipe and standard Drupal:

You can now upload images directly via Quick Edit. I suspect this is a feature we may see rolled out to other Drupal administration screens in upcoming versions. 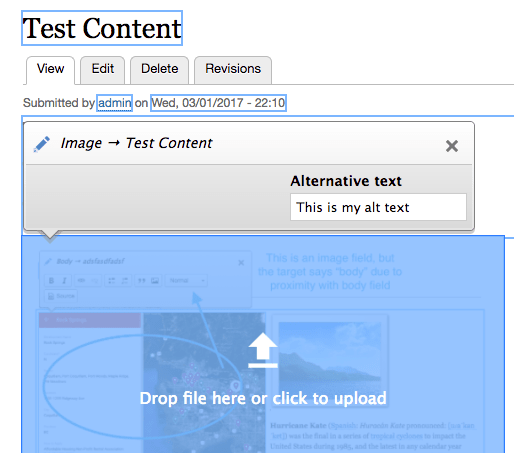 There are also some other changes such as improved usability for image fields on mobile devices, and CKEditor using the AutoGrow plugin to better take advantage of larger screen sizes.

The Drupal team have ambitious plans to improve Drupal 8’s media handling, but those changes will have to wait for Drupal 8.4 later this year. Unfortunately, the migration paths to Drupal 8 are also still largely not stable.

You can download the Drupal 8.3 release candidate from this page on Drupal.org.

The stable version of Drupal 8.3 is due on April 5.

This is the first module to graduate from Drupal 8’s experimental module program. We first wrote about BigPipe this time last year, when it was called “RefreshLess” and was being prepared for inclusion in Drupal 8.1.

This is wrong. RefreshLess is a completely different module. BigPipe has always been called BigPipe.

Apologies Wim, I have correctly that. Do any plans exist to add Refreshless into core?
Thanks

Thanks for catching that, Wim

I had feeling that basic migrate module will be stable as well and d2d migrations will remain in experimental.

Once the bulk of the changes for Drupal Core have stabilized (I imagine after 8.3.x) we should hopefully see some improvements in the migration process.
Thanks

Just had a quick look into RC: Really wonder why “Form Modes” are still treated as orphans in the 3rd major release. Funnily enough – even DisplaySuite dropped the form layout functionality. Only found 2 alpha/beta related contrib modules, which seem to provide a UI and usage by configuration.

Hi Pepperstreet,
Field layout and layout discovery now work with DS and other modules like paragraphs. Have you had a look at them from the experimental section?

Maybe I am missing the obvious, but I am looking for a “configuration” that allows me to use and display a different form mode. As far as I can see, the UI is there for: Create new ones, and finally the respective Tab for Editing is also available. Quite similar to the “Display modes”. Big question: How and where do I configure the use of my form mode? I would expect it to find in the TYPE settings and probably a connection with Roles/Permissions. I guess, it must be done by code. 🙁

here are lots of modules are updated in