In early August, we wrote about 7 improvements you’ll see in Drupal 8.2.

During the four weeks since that post, the Drupal team has added more major features. Drupal 8.2 is now in the release candidate stage, so the features are finalized. Now is a good time to download and test.

You can read the 8.2 changelog for a rundown of all the changes, but in this blog post we’ll introduce you to three more big improvements.

First, it’s important to note that all these new features are disabled by default. These are called “Experimental modules“. Some of them have been in this state since Drupal 8 launched a year ago.

When you enable one of these modules, you will get this warning message:

Is this a good idea? I’m unsure. WordPress releases possible new features as plugins, before they’re included in the core. Drupal places them directly into the core, even with Alpha or Beta stability.

On the upside, these experimental modules have no known security issues and don’t impact the core in any way: they can be removed with no disruption. Plus, we’ve written very positively on how the new Drupal 8 development process is working, and if this is how the Drupal team want to roll out new features, let’s give it a go.

This is a port of the Workbench Moderation module and allows you to expand on Drupal’s “unpublished” and “published” states for content. This project was announced by Dries during his keynote at DrupalCon New Orleans and is heavily supported by the Drupal team at Pfizer. 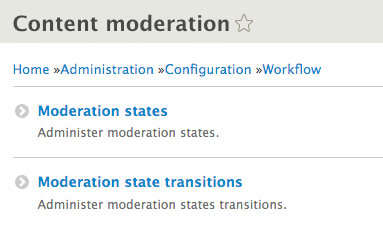 You can click the blue “Add Moderation state” button and create new states:

If you move the “Moderation state transitions” screen, you can create the actual workflow. You decide the direction in which content moves from state to state, and which user roles are allowed to make that move. 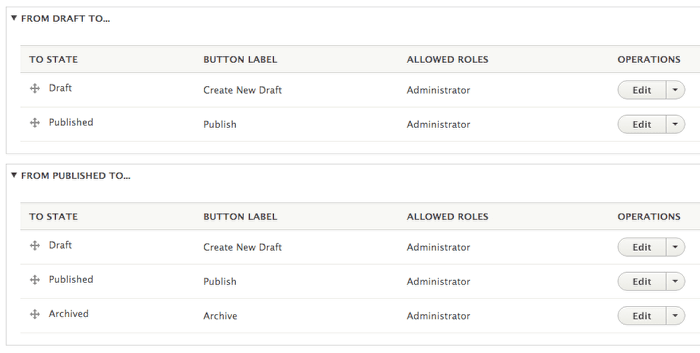 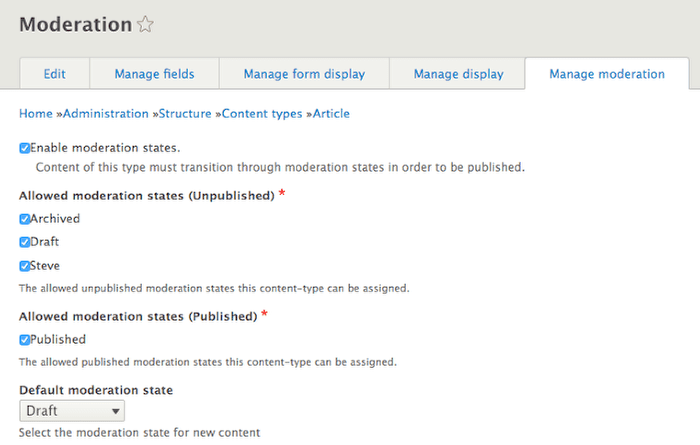 The Date module in Drupal 7 packed many features into a single install.

In contrast, the Date module in Drupal 8 is far more basic, to the point where it left out some key functionality. The Datetime Range module is an attempt to restore one of the key features: start and end dates. This is vital for anyone needing to add events to Drupal.

After enabling the module, you’ll now be able to create “Date range” fields. 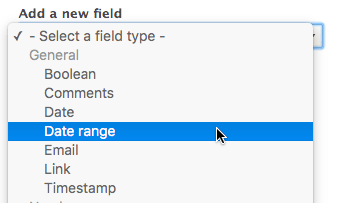 Inside the field, you’ll see that start and end dates are available:

To test this feature, you click the Pencil icon for a block, and then click “Quick edit”. 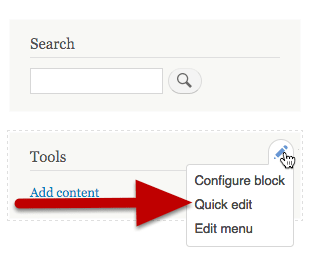 After clicking, a right sidebar will appear with the configuration settings for that block. Dries has a longer explanation of this feature on his blog. 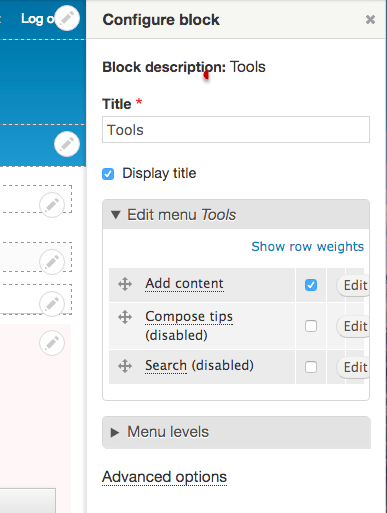 Thanks for the info, Steve! My Drupal 7 sites are pretty complex, and I’m waiting out the early-adopters until more modules are ported to D8. These kinds of posts are invaluable for knowing how D8 is faring. So thanks again!

You’re more than welcome, Rob.
Drupal 8 definitely hasn’t caught up with D7 yet, in terms of features, but it’s getting there fast.

I’ve never really understood how the ‘early adopters’ can manage to build great sites with the latest Drupal version, unless they’re making custom modules to replicate previous capability…Drupal 7’s finally at the point where the contrib modules are varied enough for some awesome functionality. I just don’t see D8 being there for two years or more…would you agree?

@robgreeniowa That’s probably not unfair. It takes resources to be on the cutting edge with new versions.

You’re more than welcome, Rob.
Drupal 8 definitely hasn’t caught up with D7 yet, in terms of features, but it’s getting there fast.
By : [url=http://jelygamatgoldg.web.id/manfaat-qnc-jelly-gamat-untuk-anak/]Manfaat QnC Jelly Gamat Untuk Anak[/url]