The official WordPress 4.3 is still a month away, but this release has already been far more high-profile that most.

Since the new admin design in December 2013, most WordPress releases have focused on iterative improvements.

However, this upcoming release will probably be remembered as a turning point. WordPress 4.3 makes it very clear the future of WordPress for non-technical users is the Customizer.

Here are 7 improvements coming in WordPress 4.3:

When you’re on the front of a WordPress site, “Customize” will now be a top-level menu link.

This is a nice touch. You can be looking at your site design, and you’ll only be one click away from making changes. 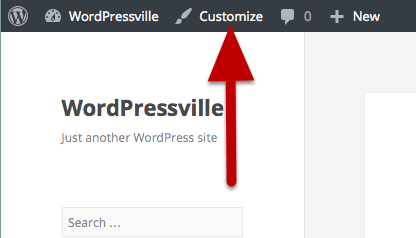 #2. Menus in the Customizer

The second new Customizer feature has sparked a lot of controversy. You can now manage menus directly from the Customizer: 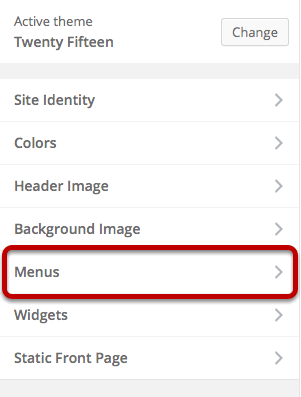 This is part of a wide-ranging focus on the Customizer as the way to edit WordPress. For example, starting later this year, all themes on WordPress.org will have to use the Customizer.

Moving menus to the Customizer is a very logical step. Not matter what CMS we’re been using, I’ve always found menus to be a hard concept for many non-technical users to manage. Menu creation interfaces are often abstract and it’s not at all clear how they relate to the site’s design. By putting the menus inside the Customizer, it becomes instantly clear to users how their menus will appear on their site.

Because of the controversy, the old “Menus” are is still in the site, albeit with a “Manage in Customize” link. There are some valid reasons for leaving the old interface in place. In particular, some edge cases, such as sites with 100’s of menu links, will find it hard to use the Customizer. But it is odd to see WordPress having two interfaces for the same task. I suspect the old “Menus” area will be removed in an upcoming release.

Update: fast-forward a couple of years and more and more features are being added to the Customizer. For example, WordPress now allows you to schedule design changes. 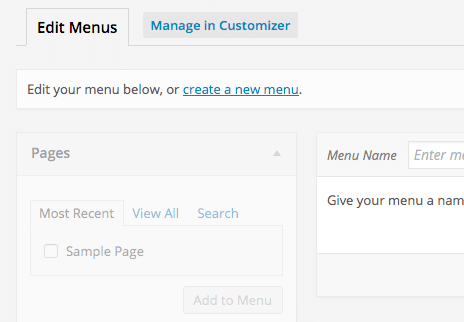 #3. Site Icon in the Customizer

The Customizer also adds a site icon feature. This icon will be used for your site’s favicon, but also for when people save your site to their mobile phone home screens. 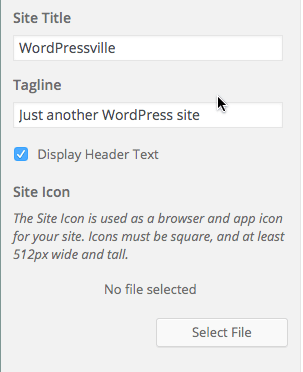 There are several changes to the way WordPress handles passwords. The most important is that WordPress will automatically create strong passwords for all new users: 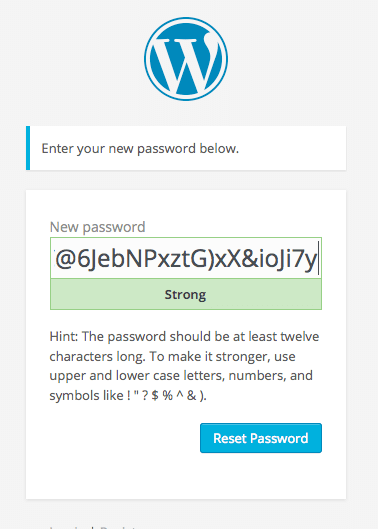 As you can see, the password input is also in plain text. This should help reduce typos and it means WordPress can eliminate the second “Password confirmation” field.

#5. Comments Off on Pages

By default, all new WordPress sites will have comments turned off on Pages. This makes a lot of sense, because Pages are normally used for static content. I’ve seen far more spam comments than useful comments on Pages.

WordPress 4.3 has a new set of keyboard shortcuts available. Here are some examples:

I found this saved me a few seconds when typing on a desktop, but I suspect this feature is aimed largely at mobile users who find this kind of formatting difficult. 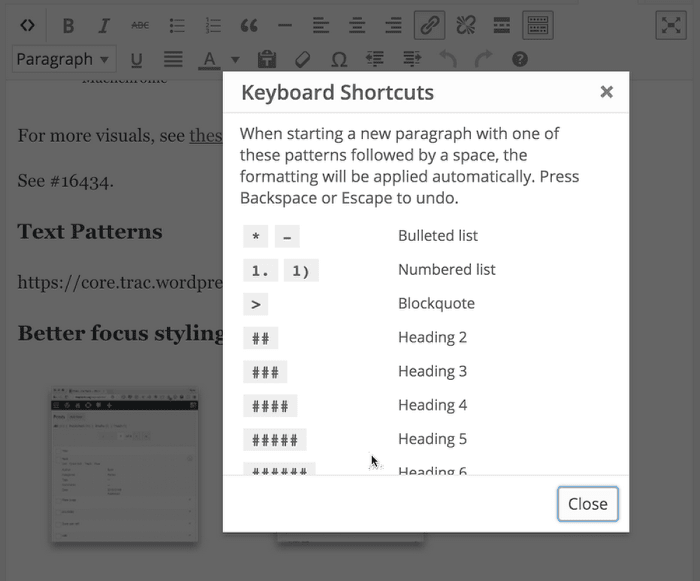 #7. HTML Editing in Press This

Press This had a major upgrade in WordPress 4.2, and it’s get better again in 4.3. Press This now has a Text editor so you can use HTML while posting.

Good point, Dan. Perhaps I should have been clearer.
I was trying to avoid the word Markdown, because this is something different.

So Comments off by default (finally)?

Yes, on some parts of the site, at least

I just installed WordPress 4.3 and the old core menu does NOT work. I thought I had a bad install so I removed and reinstalled and again discovered they have totally messed things up.

If that were true there would have been a big outcry and a solution by now.
Why don’t you try turning on debug mode to see what plugins are throwing errors. Or just disable all your plugins and turn them back on one by one until you find the one that’s causing problems.
I would guess you’ve got an old plugin that uses obsolete PHP4 coding practices that have been deprecated and are no longer supported as of this release. There is plenty of information available about this if you look at the release information.

Here’s how to debug it if you’re getting a white page:

I discovered the cause was a single line in my .htaccess file as follows:
AddHandler application/x-httpd-php52 .php .php5 .php4 .php3
I deleted it and SHAZAM! It fixed the legacy menu.

Thats great to hear, thanks Robson