On May 31st, I began the 11 hour (door to door) trip to Noordwijkerhout, The Netherlands for the 2013 installment of JandBeyond, the international Joomla conference hosted in different cities around Europe each year.

The event was billed as “Joomla at the Beach” but trust me, no-one saw the beach during the conference! It was mostly rainy and hovering around 13C (50-55F) for the entire week. I did get a chance to rent a bicycle and head down there for an hour or so on the day I arrived. 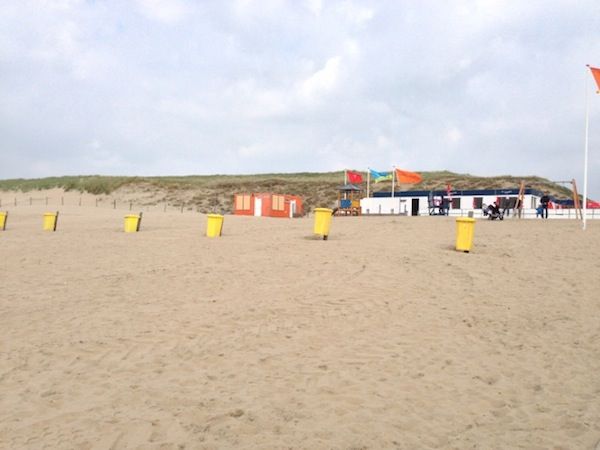 JandBeyond is primarily a developer’s conference. It’s main focus is pretty geeky so there are some very smart people in the room. Over 25 nationalities attended – and honestly, for someone who only speaks English, it’s a little intimidating at first.

The conference is delivered in English, but the conversations around the common area could be in Dutch, French, German and British (yeah – I know that’s English – but have you ever tried to follow that accent when they get going? ). 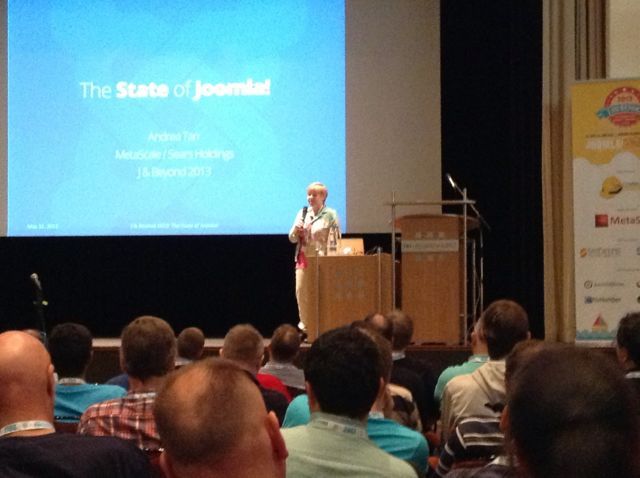 The event got kickstarted with an excellent Joomla update by Andrea (Andy) Tarr. She brought us up-to-date with all the new Joomla goodies and provided a roadmap for the next several months.

There were a LOT of excellent sessions. Here are just three: 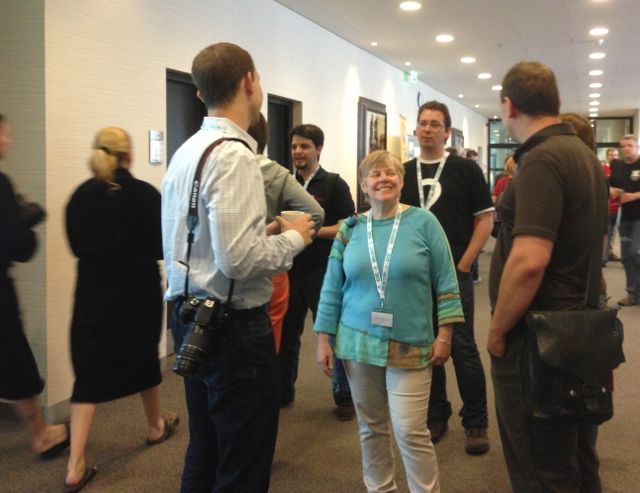 The best part of any conference however is the people you meet and the relationships you begin to build. I met Peter van Westen (noNumber.nl), Beat (Community Builder), Chiara Aliotta, the guys behind HikaShop, Ryan Ozimek (finally) and more – just too many to count! As well, I renewed friendships with a whole bunch of great people I’ve met through the years! Again, the best part of a conference like this is the people. If you ever get to go to a JandBeyond, Joomla World Conference or even a JoomlaDay, don’t just go for the sessions, make sure you meet and get to know as many as possible. If its your first time – don’t be shy!

One of the highlights for everyone was Peter’s keynote address on the first night. Billed as “Regular Expressions and other confusing s(?:tu|h[1i])([f]{2}|t)$”, Peter poked fun at just about everyone (without hurting any feelings). It was one of the most humorous keynotes I’ve ever seen at a tech conference.

Finally, I had the distinct privilege of delivering the Saturday night keynote. In “Life is Short and So Am I”, I took a sometimes humorous but hopefully pointed look at the fact that life IS short and that we need to “Live Wisely, Lead Passionately and Love Generously”.

I’m writing this on the flight back to the States. I’m smiling as I write, not because I’m crammed into a cylindrical tube floating at 40,000 feet with 271 of my not-so-closest friends, but because of the fantastic experience I’ve enjoyed this past week. Joomla is a wonderful content management system, and along with its many extensions, it is created and maintained by some fantastic people. This week I got to hang out, learn from and speak with quite a few of them.

Great to hear you had such a great trip! Am looking forward to viewing some of the videos. Love that motto: “Live Wisely, Lead Passionately and Love Generously” … go Rod!