That title sounds like clickbait, but I’m 110% convinced that it’s true.

Even in just the last 7 days, we’ve seen major changes.

In the Drupal world, Dries Buytaert reversed a fundamental Drupal principle. For 15 years, each new Drupal version has involved massive changes. No longer. Each version will now be backwards compatible. I’m often wrong, but I’m going to claim this one as an accurate prediction. This is absolutely the correct decision: huge, breaking updates are as out-of-date as punchcards in 2017.

Also, the Drupal community finally acted to fix the very broken process of submitting code to Drupal.org. This should help increase the number of new contributors, which had been stalled.

In the WordPress world, Matt Mullenweg and Automattic launched an integration between Google Docs and WordPress. Wait. Isn’t WordPress the best and easiest editor? No, far from it, according to Matt: “Google’s annotations, comments, and real-time co-editing are years ahead”.

How can WordPress catch up? By improving the editor. There’s a lot of experimenting going on in this area at the moment.

Check out the Gutenburg demo for an early preview. Even though it’s not fully functional, you can see where WordPress is headed.

WordPress.com is often a testing ground for ideas that eventually end up in the self-hosted version. So, it’s not surprising that WordPress.com is also improving their editor. Check out the difference between the old version … 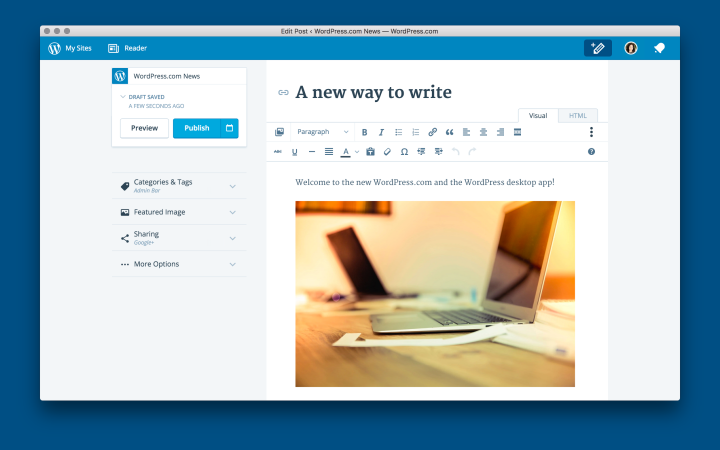 … and the new version below. Notice how much cleaner the new editor is? 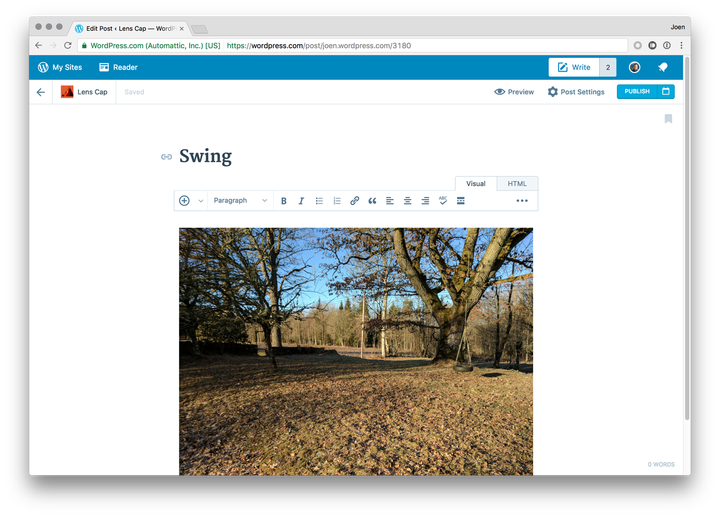 If you’re interested in how the WordPress.com team tests and develops these new features, check out this excellent presentation by Mel Choyce from WordCamp US.

All of that happened in just the last week. We haven’t even started talking about the REST API and Customizer changes in WordPress, or the Composer and Outside-in changes in Drupal.

All-in-all, this really is shaping up to be a fascinating year for both projects. Both WordPress and Drupal are brave enough to be fundamentally rethinking who and what they are.

If you’re involved with these platforms, your work in 2018 could be radically different from today.

Let us know what you think about the new direction for these projects. Leave a comment below …

Regarding WP using Google Docs… I’ve heard others state that the key for CMSs is to integrate. I think that applies to many features, including editors.

A CMS should be good at maintaining content and the structure of the site. (and details like access control, versioning, multi-language, etc.). A basic CMS editor should be supplied with an editor that focuses on all the implications of HTML (versus Word’s empahsis on print). But let’s face it, serious authors write in extenal editors like Word and even Google Docs, and editorial teams use these external tools for things like shared comments and revisions. Then, they port the content into a CMS. A CMS would be foolish to try to maintain a deep state-of-the-art editor.

Similarly, should a CMS include a full-featured DAM (digital asset management tool)? I think it would be best for a CMS to be extensible so that specialized tools like that can be integrated.

A CMS should excel at what it was intended for, and it should integrate with the best peripheral tools as those tools are needed and as they come and go over time.

Thanks Randy, good point. Yes, there’s a good argument to be made for stripping down our current platforms. 10 years ago, it made sense to add a multitude of good-enough features. Not so much any more.

Well crafted and timely write-up. Changes comming to WordPress seems interesting from the outside. Changes for Drupal are fundamental and totally in line with what people in all corners of the project have been striving for. Amazing work done.

Thanks open8roger, yes, the Drupal community has done well here. These are very community-driven changes.

Drupal 8 so far is looking really nice. I hesitated about taking the leap from 7 for a while but glad to have done. Someone recently asked me to build a WordPress site which I havent done for a few years. WordPress is really ahead of the game in choice of out of the box themes. I would be interested in hearing from anyone who works alot with both. I just know where everything is in Drupal so its hard for me to make comparisons but I dont really go for that ‘my CMS is better’ stuff. I would happily build a wordpress site if I thought it was a better fit but its hard to know. I understand the feeling in the Drupal community is that D8 is a move away from smaller, brochure sites. In a way thats a shame because the editing functionality in D8 is way improved.

Hi Cosmo,
Drupal 8 is a lot more enterprise focused. Theming out of the box is a little lacking they are working on adding a new core theme that will show a good example site and theme design by default I suspect a lot of users will use it when it is finally out. Some feel that theming in Drupal 8 is so easy that everyone would make there own theme because it adds a unique element for them.

I have completed several migrations from Drupal to WordPress. The main reason was the necessity to almost completely rewrite the Drupal website every 2-5 years. Even though for me it’s too late, I think this is a major decision that will help keep developers and businesses aboard the Drupal ecosystem.

Hi adevx5,
If Drupal 8 goes as planned will be no crazy re-launch Drupal 9 goals are being marked for 8.5 and it should continue that way. Perhaps 9 will simply end up being the 10th iteration of Drupal 8.