Mautic is rare – it is a brand new, open source platform with a ton of features. It’s also unusual because it focuses on marketing, an industry often ignored by open source developers.

Mautic is a marketing automation platform, competing with the likes of HubSpot, Pardot and Silverpop. Many of those commercial products are hosted (so you can’t modify them easily) and extraordinarily expensive.

Is there opportunity for an open source rival to HubSpot? Absolutely. Can Mautic seize that opportunity? Let’s find out …

Mautic is the brainchild of David Hurley, a Joomla core developer.

In terms of development, Mautic is currently at the Release Candidate stage after an initial release last year.

In terms of structure, the Mautic team seem to have studied the Automattic / Acquia module carefully:

Not everything is quite there yet. The Allyde.com site is a little sparse (no About or Team page) and has some broken links. The Mautic.com site is similar: it’s not easy to navigate, lacks some key information and has broken links.

However, we’re hear to judge Mautic’s product rather than their websites. We took Mautic for a test drive …

Before we start, it’s worth noting that you should give yourself a quick education about marketing automation if you’re not familiar with it. You”ll need to learn the language of landing pages, drop campaigns and lead scoring. Mautic won’t explain the basics of marketing automation to you, and nor should it.

If you want to try Mautic then it quickest option is Mautic.com.

Their website doesn’t have pricing details, but I found them on Allyde.com. The free plan that offers 2,500 leads for 3 users. You can send unlimited emails to those users and integrate with three outside services.

The image below shows the Mautic dashboard. The left-hand menu is used to navigate through the site. 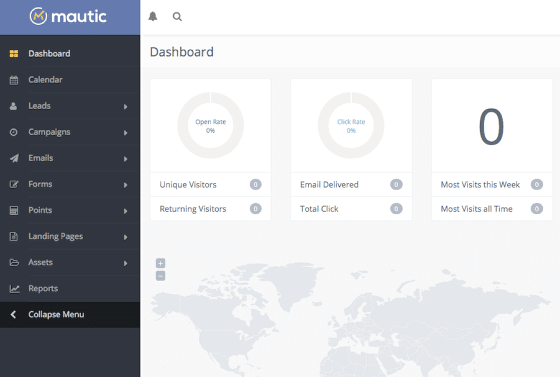 Getting started with Mautic

To get started with your marketing in Mautic, your first step is to create a list of leads.

Click Leads > Manage Lists > New and you create a new list. In the example below, we’ll store the details of everyone who signed up for our marketing. 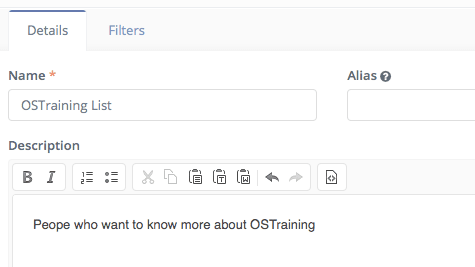 Click Leads > Manage Fields and you control the information you collect from them: 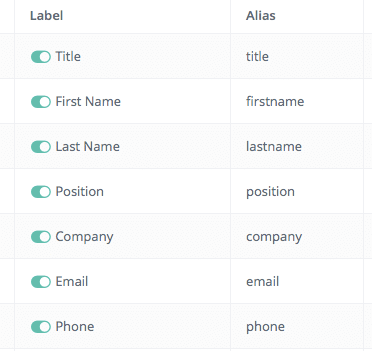 The second step is to create a campaign. To get started, click Email > Manage Campaigns > New.

So far so good. We’ve got basic system set up. But here’s where Mautic starts to shine.

It has a “Campaign Builder” feature that allows you visually design everything that happens. You can use drag-and-drop to create marketing funnels. For example, if someone downloads a PDF you can send their details to Salesforce and/or add more points to the internal score. This is very, very nicely done.

This Campaign Builder really is the centerpiece of Mautic. Everything else you do builds up this page which allows to you define the actions and reactions in each campaign. Everything else we’ll cover in this review is feeding into this screen. 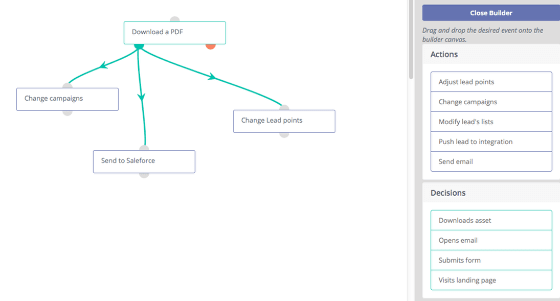 Emails in a campaign

Now that we’ve seen the Campaign Builder, let’s see the features that feed into it.

The heartbeat of most campaigns will be emails. Click Emails > Manage Emails > New and you can add an email.

There’s a drag-and-drop email builder which is also nicely done: 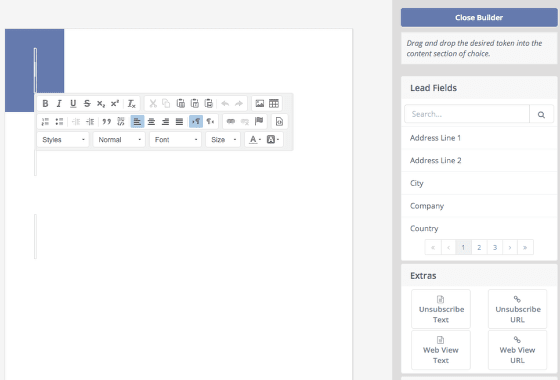 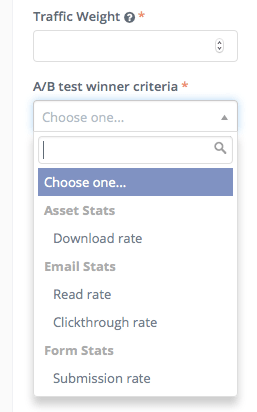 Mautic gives you the ability to create forms that you can use to gather leads: 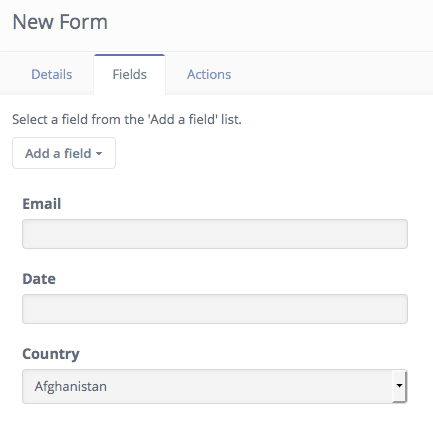 Those forms can be embedded inside landing pages. As you might expect by now, Mautic comes with drag-and-drop builder for landing pages: 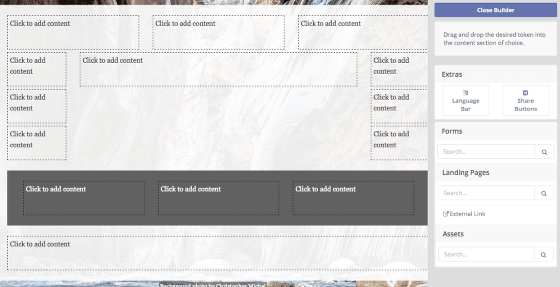 Once you have leads in your system, Mautic comes with a point scoring system to evaluate each lead:

One of the cornerstones of marketing automation is the freebies given to leads … PDFs, case studies, white papers etc. This is the first time I ran into a real bug with Mautic. Neither the hosted nor the self-hosted version of Mautic would accept my file uploads

Many of these can be installed via the Mautic admin. Somewhat oddly, you have to enable a group of add-ons first, such as “CRM” or “Chat”: 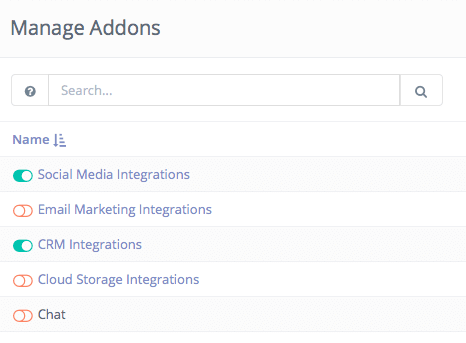 Then, once a group is enabled, you can select the single integration that you want: 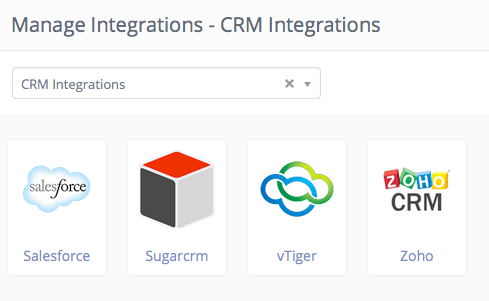 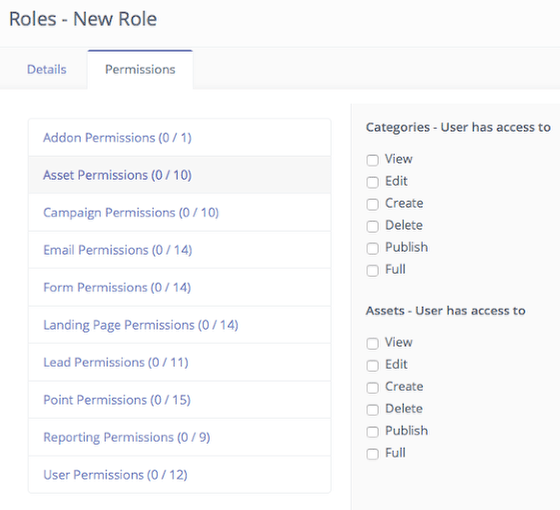 If you want to host Mautic yourself, you can go to Mautic.org/download and (after entering an email address) get a download of the Mautic files.

The installation was very similar to the typical WordPress / Joomla / Drupal process. I found all that the self-hosted version of Mautic was identical to Mautic.com with all the same pros and cons. 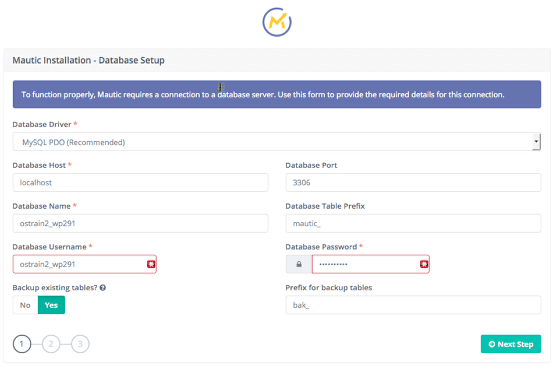 We’re accustomed to the Minimum Viable Product strategy where developers ship half-baked products with a limited feature set. There are CMS and blogging platforms around that have been promising dashboards and visual builders for years.

The Mautic team seem to be taking a 180° opposite approach. Mautic arrives as a complete product. Technically it’s a Release Candidate, but it’s light years more advanced than most of the products we see labeled as stable.

Yes, the official websites are clunky. Yes, Mautic has some bugs and needs some more heavy user-testing. But, Mautic is already a great product.

Wow, thanks Steve! This review is quite exciting and humbling to read. As one of the developers, I do feel a bit obligated to apologize for the bugs though. We’re working to squash them quickly and that asset bug has already been one to bite the dust. 🙂 Again, thanks for this. It made our day.

You’re welcome, Alan. Your team have done a really outstanding job with Mautic.

Alan, Mautic is nothing short of a paradigm shift in how SMB’s will be able to conduct themselves in the marketing automation world – you’ve brought fire to the cold and hungry. Our business is all about low overhead and early adoption. We definitely see ourselves using Mautic to our clients’ benefit.

This is great! I have just know it.

Thanks for the info! Very helpful…

hey Alan, well done. This is like bringing fire to the cold and hungry. SMB can’t afford the huge behemoths in marketing automation and now you’ve democratized it. Kudos.

Hi guys!
Love this read, and am so excited to use this tool for my own businesses and my clients. I just have one problem, I’m having a real hard time figuring out what I am doing to install it. I know this isn’t the forum, but I can’t find any good tutorials for the actual installation process. I’ve uploaded the folder that extracted from the zip downloaded from [url=http://mautic.org]mautic.org[/url], but when I upload it to our root folder at [url=http://ourdomain.com/mautic]ourdomain.com/mautic[/url], we get a 500 error…. I don’t want answers here, just perhaps someone can point me in the right direction so I can start using such a great tool.
Thanks!

I think the problem is in .htaccess. It has to be allowed on the server.

I recently installed this fine piece of software by following an article from a web hosting company, which I think was called Rosehosting.

The tutorial was great and it helped me a lot because as you’ve probably guessed it, I am kinda a command shell amateur. 🙂

I will look for the article and edit this comment for future reference for someone like me and you.

I want to use mautic for one of my website called inbound mantra. How can I add my site url in mautic dashbaord? kindly suggest

Thanks Steve for this great review of Mautic, I’ll give it a try right now 🙂

Thanks Steve for this great review of Mautic 🙂

Recently we start working with Mautic and it’s a perfect marketing automation software.

Great article, but one small correction: the cloud version offers an interesting extra feature, which is not included into the self hosted version yet:

I stumbled into mautic by accident, and I am sure glad I did! Thanks you all. Also thanks Steve for the review. I know its a couple of years old but it was still helpful. Maybe you can do another one.