We want Drupal 8 to be a success. One way we can help make that happen is to make reliable training available to as wide an audience as possible.

Back in April, we launched our Drupal 8 training Kickstarter project. The project closed in mid-May with enough sponsorship for 100 videos, but over the last 6 weeks we’ve been talking with more sponsors and now have backing for 200 videos!

Here’s an overview of the all the free Drupal training, plus an introduction to the organizations who made it possible. 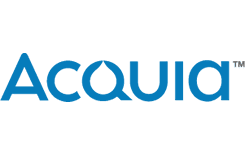 is one of the most impressive open source companies. Started by Dries Buytaert, the founder of Drupal, Acquia provides an open cloud platform, developer tools and world-class support for Drupal.

Acquia positions Drupal as the central technology for many organizations, allowing them to unify their content, community and commerce on the Drupal platform.

We’re pleased to announce that Acquia has chosen to sponsor our Drupal 8 Beginner classes. These 50 videos will cover an introduction to Drupal, installation of Drupal 8, taxonomy, modules, themes, managing people and reports, and site management.

is based near us in Florida and has been providing rock-solid hosting since 2002. Glowhost customers include Snopes.com, United States Postal Service, Keller Williams Realty and PBS (Public Broadcasting Service).

Glowhost offer datacenters all over the world and has an impressive dedication to environmentally-friendly hosting.

We’re delighted that Glowhost is sponsoring our Intermediate and site-building classes. These videos will follow the the Beginner class and will really show you how to build Drupal 8 Sites. The Intermediate classes will cover Panels, Display Suite, Pathauto and other important modules you’ll need to launch real-life sites. 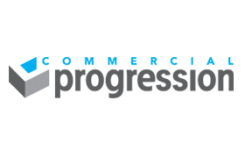 builds and supports Drupal sites. Based in Michigan, they have worked with the National Geographic Channel and the University of Michigan amongst many others.

Commercial Progression offers a service called DrupalCare: their team will monitor, protect and maintain your Drupal site. They also record the Hooked on Drupal podcast.

Based in Virginia and California, InMotion Hosting has been an excellent hosting company since 2001. Do you ever get the feeling that your host’s staff doesn’t know what they’re doing? If so, you should try InMotion. No one is allowed to help InMotion customers unless they have a full month of internal training on everything to do with their hosting. InMotion has several team members dedicated to filling their documentation area with helpful resources.

We’re pleased to announce that InMotion is sponsoring the Drupal 8 site performance and maintenance videos. The 50 videos supported by InMotion will cover these topics:

A big thank you goes to the Drupal Association which supports the Drupal project in 1001 ways. Their staff are just recovering from running an excellent DrupalCon LA and they are still raising money to help finish Drupal 8: Crowdrise.com/d8accelerate.

Thanks also to the individual backers of the Kickstarter project. We’ll start the process of shipping t-shirts and rewards to you next week.

Specifics of the 200 free Drupal videos

Thanks for your kind words, JPW
Yes, we’ll have one big Drupal 8 playlist, plus 4 separate playlists for each set of videos.

Hi when are beginner videos scheduled for release ?

Hi Anudeep
It will be before the release of Drupal 8 itself.

I think everyone is anxiously awaiting, very exciting! Drupal is hovering around 5 critical issues, are you looking good to release the beginner videos soon?

Hi Brian. We have the Drupal 8 content ready, but we’re waiting to pull the trigger. Drupal 8 still has some major bugs which make it unusable. We’re expecting a Release Candidate in the next few weeks and that’s when we’ll start publishing.

amazing and I believe this is something new and I hope to see more companies and more sponsors for education in different areas. Thanks a million to you and your great sponsors. Thumbs up!

A quick update for anyone that missed it. The Drupal 8 Beginner class was released a day ahead of Drupal 8’s release 🙂

Where can we find the intermediate videos for Drupal 8