Welcome to the “New Tech Cities” series at OSTraining.

In this series we’re talking about cities that were rundown but are re-inventing themselves, as using technology to do so. We’re trying to get to the bottom of the questions, “What does it take to turn around a struggling city?” and “Can technology help?”

Our initial focus is on the city of Chattanooga, Tennessee. Scroll to the bottom of the post to see links to all the articles in this series.

This week we’re talking with Mike Bradshaw one of the leading figures behind the Company Lab, one of Chattanooga’s most important start-up resources.

Welcome. Who are you and what do you do?

My name is Mike Bradshaw and I’m the executive director of the Company Lab.

Co.Lab’s been helping startups get connected to the community and find their way for several years. I started volunteering here in late 2011. When I wouldn’t go away, they gave me a job.

Image of CoLab thanks toTimesFreepress.com

What makes you want to come to work day after day?

Crazy people who want to start a business of their own are fun to be around. And, speaking as someone who’s made a life of starting small businesses, we need a lot of help. When I first walked into Co.Lab, I had no idea that people would help other people start a business, even when there was no, zero, possibility of a direct return in it for them.

It opened my eyes to a whole world of “give before you get” and the real power of community. I actually had no idea what that meant before coming to Chattanooga. It was heads-down, run the business, get the job done. Good stuff, for sure, but when you wake up to the bigger picture and what it means to work with others that are going through the same thing in their own ventures, it makes it easy to get out of bed in the morning and get to work.

Chattanooga appears to have rebuilt itself from a rather run-down city. What changes have you experienced?

I moved to Chattanooga in 2003. They were just opening an eight-mile-long riverfront park. Standing on a pedestrian bridge spanning the Tennessee River, my wife and I thought, “We used to drive around this place as fast as we could. If this city could make this park, what else will it do?”  We decided we wanted to be a part of it, so we moved here.

How has CoLab been involved in the city’s transformation?

Co.Lab played a big role in “reactivating” the Southside. If Chattanooga was “run down” the Southside was nothing short of decrepit. The foundations (Lyndhurst and Benwood) seeded a cool arts project called CreateHere. It was centered in Southside. Co.Lab grew out of that project.

Southside is now a thriving, very cool, part of Chattanooga. People thought, “Hmmm, maybe those crazy creatives are onto something.” About the same time, the gigabit network got up and running. The tech community’s role in the city was increasing. By good fortune, Co.Lab was able to help bring tech, creativity, startuppery, and social activism together and something stupendous happened.

Tell us something about “Will This Float.”

It’s a weird idea. Ten or so very early stage founders (or aspiring founders) get up and pitch to a crowd of people. What could possibly come of that?

How many jobs?  I don’t know. At least 50 I can count. Probably triple that if you really traced it out.

True or False:  Chattanooga is the coolest city in the South.

People want to do stuff to make this a better city. Creative culture. No BS. It is beautiful. Scenic City!

Atlanta’s tech community has grown significantly in recent years. What are start-ups and tekkies missing by not coming to Chattanooga?

Do any success stories come to mind?

The QuickCue exit for $11.5 million that sold to OpenTable (which itself was bought by Priceline) has been a big story this year. Like the successes from Will This Float? QuickCue launched during one of our events known as “48-Hour Launch.”  That’s a caffeine-fueled weekend where a bunch of very early startups (just ideas, really) work all weekend with a hundred mentors. They cook up technology, messaging and business models to explore.

What could possibly come out of that besides a wicked sleep-deprived headache?  Three years, $3.3 million in and $11.5 million out, QuickCue provided an easy answer. But, how do you define success?  Maybe it’s a couple thousand people who started their own small businesses and made a living from them.

CO.STARTERS, one of our programs, very quietly helped do just that. Maybe most importantly, we were a part of a hugely powerful cultural shift. It’s real and it’s done a lot for the city. But, how do you value that?  How do you count it?  We’re trying to figure that out. What we do know is that we’re better off with this spirit than we would have been without it.

What’s next for Chattanooga and what would it take hit those goals?

New organizations getting involved – serious investors willing to incubate startup companies. We need to figure out how we can pull everything together without screwing up the brew. These are interesting times.

I don’t think that the numbers and other numeric goals we’ll set (number of jobs created, amount of real estate we have for startups to grow into, the amount of invested capital, etc.) will tell the real story. These numbers are important and we expect them to keep growing, perhaps even make a leap to a new order of magnitude, but the real value is in the hardest thing to create: culture.

Culture. No kidding. And, if you want to take this attitude back to the question about ‘what we in Chattanooga might have that ATL perhaps does not in equal measure,’ it’s a genuine spirit of collaboration. That sounds so puffy, but it takes a lot of work for otherwise highly competitive people to leave their killer instincts at the door and work together.

How will CoLab contribute to that achievement?

We’re the front door for startups in Chattanooga. It’s where people who don’t know where to start get started. We connect people and companies. We get people together. More people playing, more connections to make. 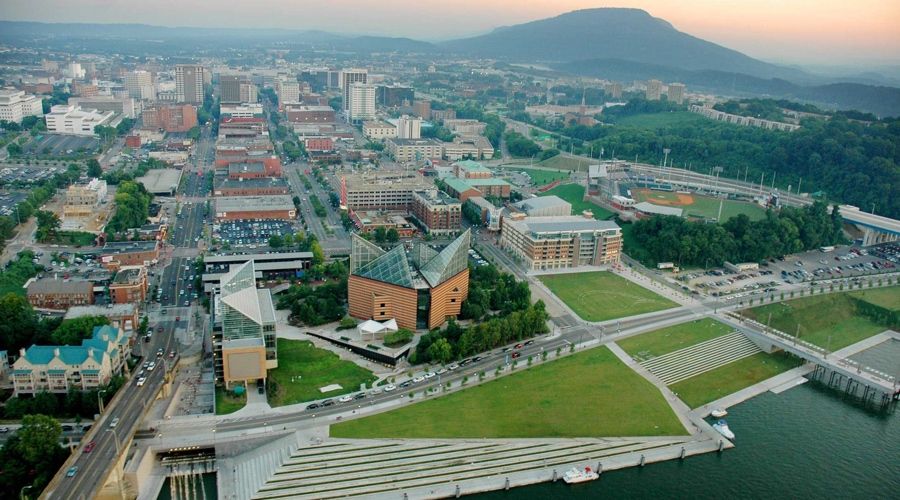